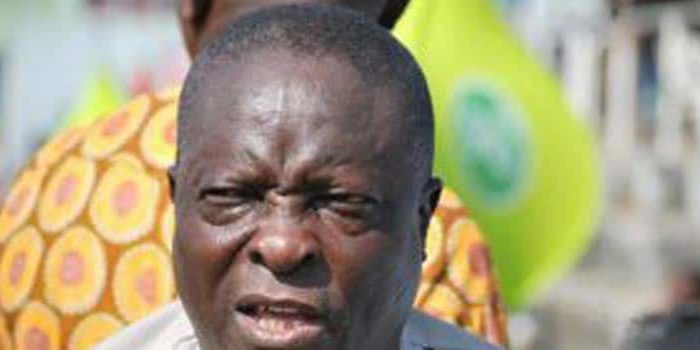 Rafiu Ladipo, the President of Nigeria Boxing Board of Control, on Thursday lamented the state of the national boxing gymnasium, saying it was a “ramshackle.”

Ladipo told the News Agency of Nigeria in Lagos that unless something was done urgently, producing a home-grown world boxing champion would be a herculean task.

“If you take a visit to the Brai-Ayenote Boxing Gym at the National Stadium in Lagos, you will be disappointed because it is in a sorry state where all that exist are punching bags and nothing else,” he stated.

“We cannot compare our gym with the likes you have in the U.S. or the U.K. where everything is top notch that gives the boxer the opportunity to be a world beater,” he continued. “In this regard, I have met with some notable philanthropists in the U.S. such as the former world heavy weight champion, Evander Holyfield, and he has promised to help out.

“I have also met with some notable individuals in the U.K. and they have promised to send down some world class training equipment soon.’’

Lapido also commended Nigerian boxing coaches for their efforts in trying to instill quality pragmatic training to produce the best boxer over the years that have made the nation proud.

He said: “Quite alright, we can talk about Isaac Ekpo and Olanrewaju Durodola, just to mention a few home-grown and they have continued to do the nation proud.

“But to develop more talents we need to restructure our dilapidated gyms and produce the kind of boxers that can stand anywhere in the world.’’

Meanwhile, Ladipo has heaped praises on the organisers of the coming GOtv Boxing Night Championships set to take place on April 14 at the National Stadium, Lagos.

He said: “As a stakeholder in boxing, I will love to commend the efforts of the GOtv Boxing Championships and Flykite Promotions for their unflinching support given to boxing ever since they started.

“We have never had it this way that already the championships can boast of 13 successfully executed editions where good boxers have become household names.

“This is what we want from friends of the sport in Nigeria and all over the world to come and contribute to the development of boxing as government cannot do it alone.’’

NAN reports that seven boxing bouts are set to take the centre stage as the organisers of the Gotv Boxing Night on Tuesday announced to the public.