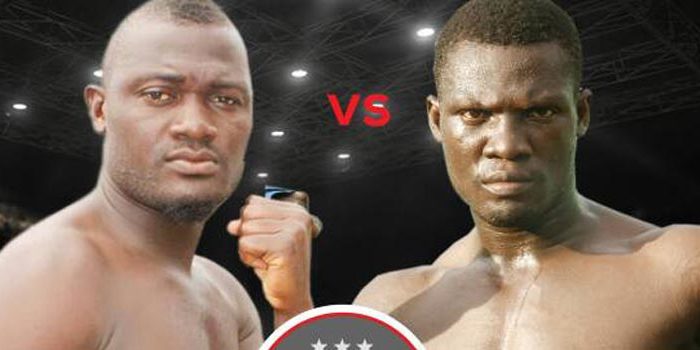 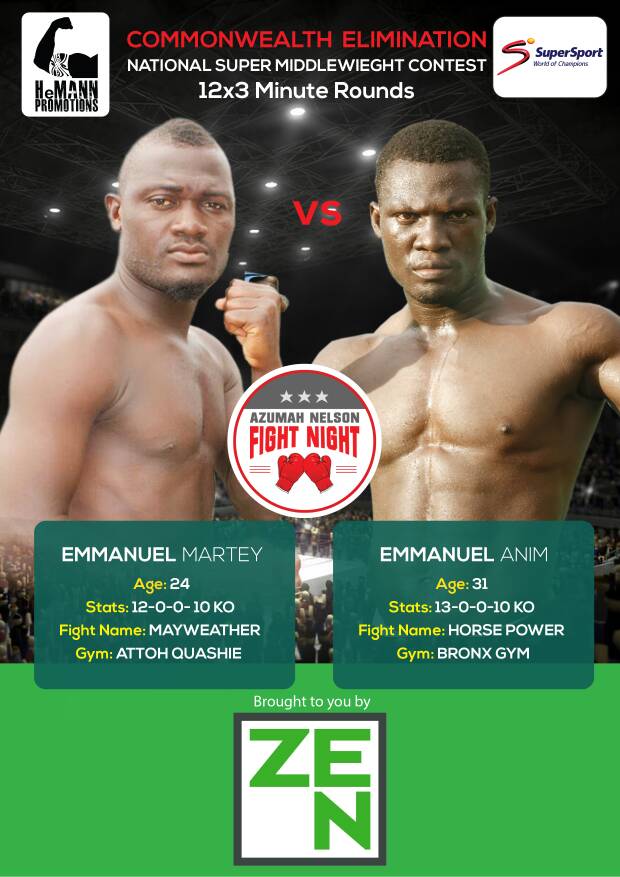 Like Anim, Martey is a former member of Ghana’s amateur boxing team, Black Bombers. He reminded his foe on Saturday night of the past two weeks ago, when he posted a photo of the two after an amateur fight, with the referee raising Martey’s hand in victory—he had defeated Anim in the final of a national qualification tournament to determine which of the two made the national team at the time.

On Thursday, barely 48 hours before they clash for the Ghana super middleweight title, (a belt both had previously held), undefeated Martey (12-0, 9 KOs) is again taunting the equally unbeaten Anim (13-0, 11 KOs) via Facebook.

“Emmanuel Anim today is your last day of training, right? Good, you can fake an injury to save yourself from emphatic domination and disgrace because I’m going to reconstruct that lovely face of yours,” Martey wrote, tagging his adversary on the famous social network earlier today.

“I can’t wait to put my punch in your face, my girlfriend,” he added.

The soft-spoken Anim, also a former Ghana light heavyweight champion, remains adamant he will do his talking in the ring come fight night.

“If he is undefeated, I’m also undefeated, if he’s tough I can assure you I’m also tough so no problem,” Anim said. “In boxing you have to fight other tough opponents before you can find out how good you are.

“I’m ready, I have always been ready, even today I’m ready. I will win and my fans know that, some have even asked me to knock him out but I will do my talking in the ring.”

Martey versus Anim is the co-main event on this Saturday’s Azumah Nelson Fight Night 5 round 2 presented by Heta Mann’s Hemann Promotions which bells off at the Bukom Boxing Arena in Accra, a fight which should have taken place on the original fight night of December 9, 2017 but was rained out after only two fights.