Two controversial decision losses, one major relocation, and many months of waiting later, the moment of truth has finally arrived for Richard Commey. Ghana’s Commey (25-2, 20 KOs) will meet Alejandro Luna (22-0, 15 KOs) this Saturday in 12-round IBF world lightweight title eliminator on SHOWTIME Extreme at 8:00 PM ET.

In a strange stroke of serendipity, Commey also turns 31 that day. But he has no plans of celebrating until his hand is raised in the air. A confident and relaxed Commey, along with trainers Andre Rozier and Gary Stark Sr., sat down with BoxingAfrica.com ahead of Saturday’s big fight. Check out what they had to say below!

On training camp for this fight…

Commey: Camp has been fantastic. I’ve got a great team around me and I’m in great shape.

Rozier: The first time I ever saw Richard was when he fought Robert Easter Jr. for the vacant lightweight title. I was on that same card in the main event as the trainer for Danny Jacobs versus Sergio Mora. When I saw him, he seemed like a quiet young man, but when he got in the ring, he was fighting his butt off. There were a couple things I saw that night that could’ve been worked on. As a trainer, you always tell yourself, if that kid was with me, I would’ve changed this or fixed that or tightened this up. Now I have the opportunity to work with him and it’s been a joy.

Commey: I mean, it’s totally different compared to what I’m used to, but I’m getting used to it. This time around, I feel totally different. That’s no disrespect to any of the great coaches I’ve had in the past, but I feel stronger and like a more complete fighter. We’ve done a lot of great work in the gym. I’m ready.

Rozier: Richard has been a pleasure to work with. A humble, young man. He does whatever he’s asked to do, doesn’t give you an argument. He’s not a primadonna. I couldn’t have asked for anything or anyone better. Anyone who comes into contact with him loves him. He is truly a part of our family and we’re excited for the future.

What we’ve been working on is him using his feet better, keeping his hands and defense aligned for catching and locking out shots. We want him to utilize his jab a little more and be a bit more fluid when he attacks. Slowly but surely we’re getting there.

Rozier: I’m a left hook guy so when you put the two together, it’s a wrap! (Laughs) 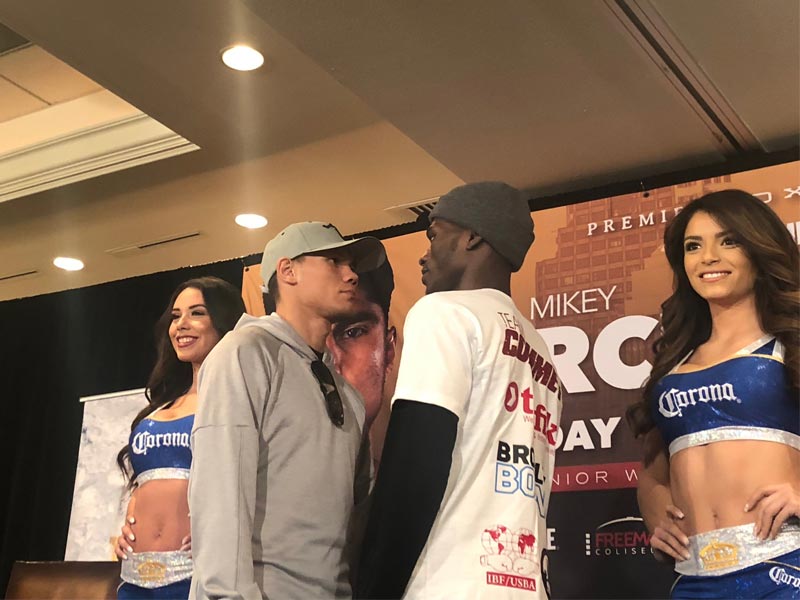 On handling the aggressive Luna…

Commey: Honestly, the least mistake that Luna makes, he’s going to go down. But I don’t want to blow my horn. I just have to keep it simple and look to see what he has. I’m going to listen Andre in my corner, because we’ve got a plan. I think my experience will be key in this fight. I’ve lived around the world and I fought all over the globe. I’m not scared of fighting anybody anywhere.

Rozier: When we found out we were facing Luna, we took a look at the tape and saw some of the things that we want to exploit and implemented that in the game plan. With Richard following through and creating those opportunities and doing all the correct measures, I don’t see how he can lose.

Stark Sr: Luna is very aggressive and is a good body-puncher. He’s a bit shorter than Rich so we just need to use the right angles and land that right hand.

Rozier: Richard can box and he can bang. We’ve really been working on his jab. When he lets his jab go, it’s very ramrod-like. I want him to develop an Ike Quartey jab and then he’ll be complete. But everything takes time. It’s coming. I don’t like to make predictions, but we’re just prepared to be successful and bring home the victory.

On fighting for a world title shot on his birthday…

Commey: This is boxing and things happen. We’ve had a lot of delays. But they say patience is a virtue, and that patience can move mountains. So regardless of what happened, all of it has put me in the right position. I have been training nonstop through postponements. It’s really given me a chance to work on a lot of things and get myself into even better shape than I’ve ever been. I’ve worked so hard.

As far as the two controversial losses to Robert Easter Jr. and Denis Shafikov back in 2016, I still feel undefeated. Now this fight with Luna is happening and a win brings me another world title shot. Being that it will be on my birthday, all I can say is that God works in mysterious ways. Maybe he wants to present me with a special birthday gift? Well then, I can’t wait to accept that gift and I’m going to take it in style.

Rozier: Definitely. With this fight being on his birthday, we’ve got to make sure that we celebrate in a big way. 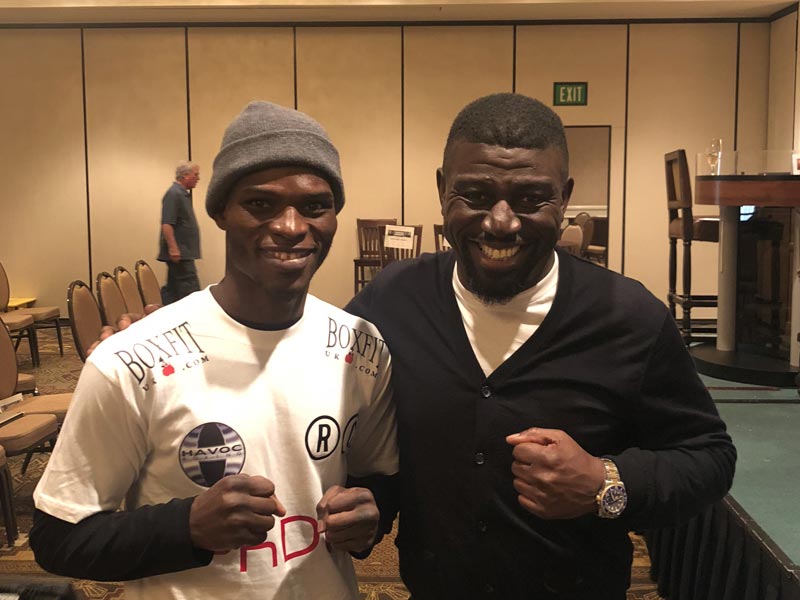 Commey: I’m here because I’m fighting for Ghana and I’m fighting for Africa. I want to thank my manager, Michael Amoo-Bediako of Streetwise Management. I want to thank my promoter, Lou DiBella of DiBella Entertainment. And I thank Uncle Dre, my coach, and Gary. But most of all, I thank God. We are ready and I am ready to start delivering some beatings so Ghanaians should be aware and tune in.