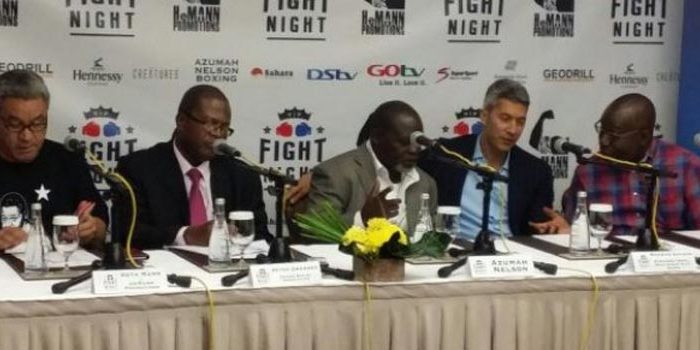 Heta Hema-Mann of HeMann Promotions, promoter of Azumah Nelson’s boxing series, has announced that Saturday’s fifth installment of Azumah Nelson Fight Night will be the final one.

Mann was referring to the original Azumah Nelson Fight Night 5 last December, which was postponed due to torrential storms. Mann did note that he and Nelson expect to remain in the sport, supporting young fighters in Ghana and helping them to reach their potential.

Mann also expressed disappointment in a few of the fighters on the card.

“Some boxers are undisciplined like Michael Ansah aka Bullet, who was 7 pounds overweight,” he pointed out. “He has a large following but must be disciplined.

“I want to support boxers like Wahab Oluwasuen, super middleweight Emmanuel Martey, Dzata Bi aka Wasiru Mohammed, the new sensational super bantamweight. I am here for Ghana boxing, I want to help the people of James Town, Bukom and the rest who love boxing.”