The SHOWTIME CHAMPIONSHIP BOXING telecast will also see two-division world champion Rances Barthelemy taking on Kiryl Relikh in a rematch of their thrilling fight last May, this time for the vacant WBA 140-pound world title.

Joining Garcia and Lipinets at Tuesday’s workout was former title challenger Josesito Lopez, who competes in undercard action at Freeman Coliseum on March 10.

Here is what the participants had to say Tuesday from the City of Angels Boxing Club in Los Angeles:

“I’m excited to have another opportunity on March 10 to show my fans what I’m all about and what I can do in the ring. I’m preparing to win another world title and that’s all that’s on my mind right now. 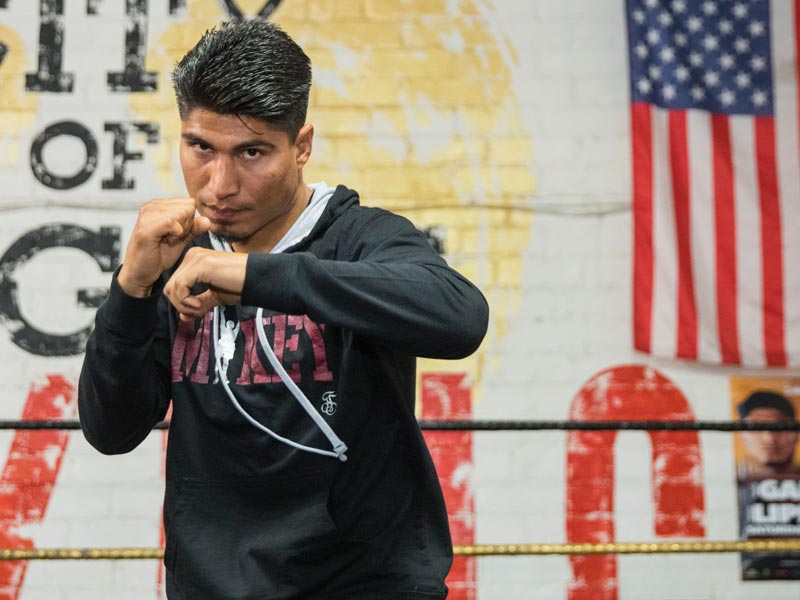 “Neither one of us wants to lose. We’re both undefeated and no one wants to give up that ‘0’. That’s going to make this a great fight for the fans.

“I don’t have a number of titles that I’m chasing, but I do believe I will be a champion at 140-pounds and eventually at welterweight. Each fight is unique and I’m going to keep taking it one fight at a time.

“I’ve been winning and dominating my fights, but I still have room to show the fans more of my skills. I need opponents who will bring the best out of me. I’m going to keep trying to dominate each fight and make it easy for myself in the ring.

“It was a little upsetting that we had to wait to have this fight, but it’s part of the sport. We took a day off when we heard the news and then we went back to work. Now we’re ahead of schedule so it worked out great.

“We’re excited to be where we’re at and to have the opportunity to win another world title. I’m most excited that this really takes me closer to the kind of recognition we deserve and the goals I want to achieve.

“Sergey Lipinets is the number one priority right now. He’s an undefeated world champion and I can’t take him lightly at all. I’m going to follow my game plan and right now I’m on track to put on a great performance.

“The number one thing I see in Sergey is his size. He’s the bigger man so I’ll have to be prepared for the weight. Because he’s a young new champion, he’s really got nothing to lose. He’s coming with everything he has.

“I know he’s going to take this fight more seriously than any other he’s taken. I know that he has that fire in him. I have to be aware of his power and use my boxing skills to overcome it.”

“This is going to be a great fight. We’ll both be at 100 percent on fight night and ready to give our best. This won’t be a one-sided fight. It’s going to be two gladiators going at each other. 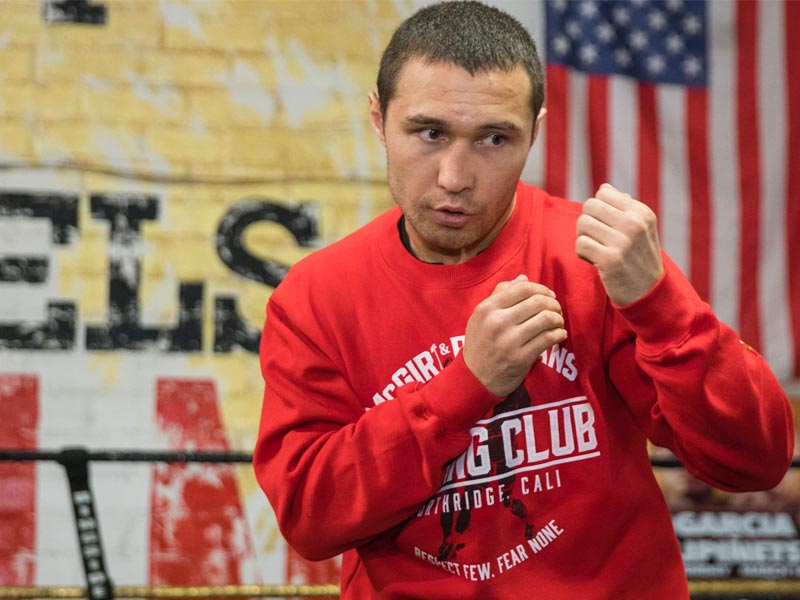 “Mikey is a great fighter. He has a lot of skills, especially defensively. I’m going to be ready for him. It’s going to be blood, sweat and tears.

“If you’ve watched my previous fights you know that this will be a great fight. We’re both going to be there in front of each other and we won’t be kissing and hugging.

“I’m very excited to be in this position and I’m planning to take advantage of it. It meant a lot to win a world title, but these are the kind of fights you get into boxing for. This is a chance to really put my name in the history books.

“Everything is on schedule for the hand. I’ve been using it at will with no problems. I’ll be ready to go on fight night. I never stopped working so the transition was very easy once the hand had healed.”

“I can’t wait to show some new things that I’ve worked on in camp. I feel really strong, fast and quick and I’m excited to put it all together on fight night.

“Sparring with Mikey Garcia has been good for me. He’s a really intelligent fighter, he’s very precise and he does everything with a purpose. Being in there with him makes me a better fighter.

“I’m anxious to get back in the ring. I’ve worked hard with Robert Garcia on different game plans and perfecting my style. My body feels good and I’m ready to compete with the top fighters.

“Robert has a great gym in Riverside with a lot of talented fighters. We’re always working and you have to be ready to spar with anybody. The young guys have really given me good work and kept me on my toes, which I’ve needed these last few years.”

“Lipinets has power and we’re fighting in his weight division. Lipinets is the naturally bigger fighter and we know he’s a dedicated fighter. I’m sure he’s training like never before.

“This is an opportunity of a lifetime for Lipinets. Winning this fight puts him in a great position, so we have to be very careful. We can’t take him lightly, because it won’t be easy. But fighters like Mikey, with his skills, are sometimes able to overcome any disadvantage.

“Fighters like Floyd Mayweather and Manny Pacquiao were able to move up in weight and still dominate, because of their great skills. Very few fighters are able to do that. We believe that Mikey is one of those special fighters.”

“The key is to not be one-dimensional. Sergey is going to give him different looks all night. Once he steps on the gas, we’ll see what Mikey’s made of.

“Mikey hasn’t fought anyone competitive since he came back. I believe it’s been awhile since Mikey’s been in a fight where he’s had to dig down and work. Once Sergey steps on the gas, we’ll see what’s inside of him. I don’t doubt him, because he comes from a family of great fighters and trainers. But sometimes that ring rust will kick in at a time when you can’t afford it.

“We’re prepared for any and everything. Once we get in there, we’ll give Mikey all we can when the time comes.

“We’re watching Sergey and we could tell if he’s hesitating or holding back when throwing his right hand. He hasn’t been doing that. It’s just a matter of time now. Everything is running on schedule.”