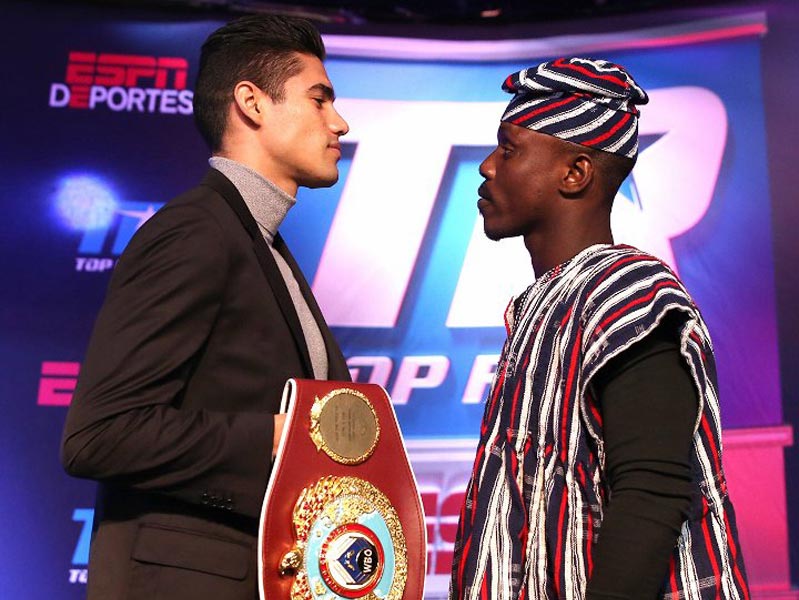 The fight will take place on Saturday, February 3, at the American Bank Center in Corpus Christi, TX, and will be televised live and exclusively at 10:30 p.m. EST on  ESPN and ESPN Deportes and stream live on the ESPN App.

Ramírez, a two-fisted super middleweight wrecking machine, made history in the co-main event to the Manny Pacquiao vs. Timothy Bradley welterweight pay-per-view on April 9, 2016, when he became México’s first fighter to win a super middleweight world title.  Entering the fight as the top world-rated contender, Ramirez gave a virtuoso performance over the defending WBO champion Arthur Abraham, a-three-time world champion in his own right..  All three judges scored it as a 120-108 blitzkrieg.  “I took him to Méxican boxing school,” a jubilant Ramírez boasted as he put on the world championship belt .  A sensational young champion, Ramírez had been scheduled to make his first title defense in July 2016, but a training camp injury to his right hand followed by surgery and rest sidelined him for the remainder of the year.  He returned to the ring on April 22, winning a unanimous decision over Top-10 contender and one-time world title challenger Max “Tiger” Bursak and followed that up with another impressive unanimous decision victory, this time over undefeated No. 1 contender and mandatory challenger Jesse “Hard Work” Hart on September 22.