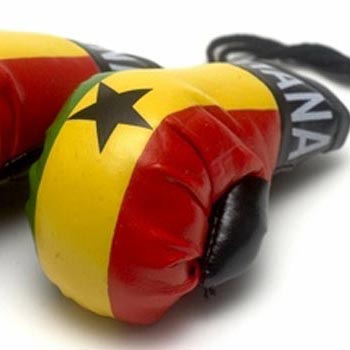 A total of 24 men and five women boxers are reprensting the national boxing team, the Black Bombers, as they continue their non-residential camping at the Accra Sports Stadium. The team, under coaches Ofori Asare and Akai Nettey, are busy preparing for the Gold Coast 2018 Commonwealth Games in Australia in April.

According to journalist Sammy Heywood-Okine of ModernGhana.com, the 29 skilled boxers are hungry for the life-changing opportunity that these games represent. That number will dwindle down to seven amateur boxers as the coaches pare the team and allow the cream to rise to the top. However, it’s promising to see that Ghana has so many potential candidates for the Games within their country. This is a good sign for the 2020 Olympic games.

Mr. Heywood-Okine spoke to the coaches, who informed him that they were saddened that, after spending so many days working with all of these boxers, only a few would get the chance to compete in the 2018 Commonwealth Games.

Coach Asare opined that if Ghana is represented at all the ten weight categories, they would greatly increase their chances of obtaining a medal. Asare pointed out that most of the boxers were taking advantage of the opportunity and really showing their skills in an effort to make the team and also make a name for themselves.

Asare named Wahid Omar as a boxer who was a part of the Black Bombers and gained valuable experience participating in international games. According to the coach, leaving out some boxers could slow their morale and lead them the turn professional prematurely.

He advised corporate Ghana to support the least financed sports because they have potential to win medals for Ghana.

He commended one Lawrence Nyanyo Nmai who recently paid the round trip for a selected Kickboxing team that represented Ghana at the first Amateur Muay Thai Championship in Morocco and placed 3rd out of 17 nations.