DALLAS (January 10, 2018) – Unbeaten welterweight world champion Errol Spence Jr. hosted a media workout in his hometown of Dallas on Tuesday ahead of his matchup against former two-division world champion Lamont Peterson Saturday, January 20 live on SHOWTIME from Barclays Center, the home of BROOKLYN BOXING®, and presented by Premier Boxing Champions. 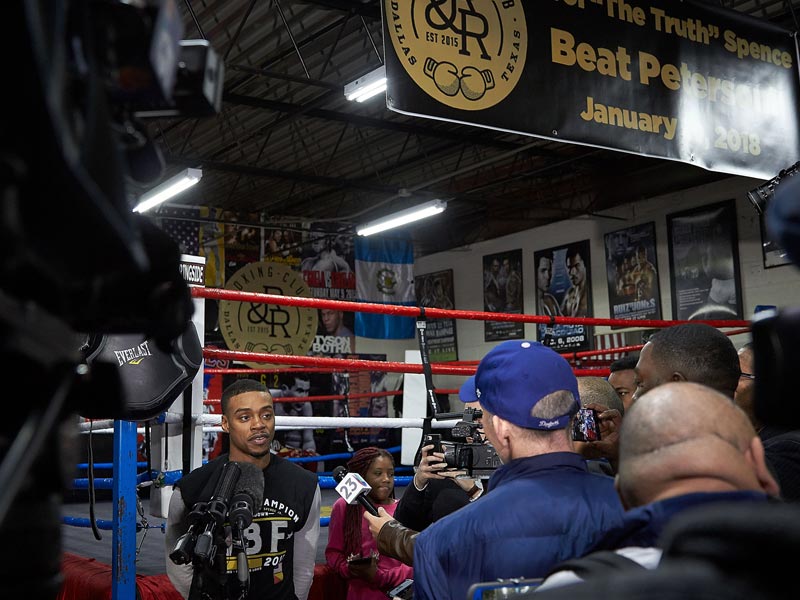 Tickets for the live event, which is promoted by DiBella Entertainment and TGB Promotions, are priced starting at $50, and are on sale now. Tickets can be purchased at ticketmaster.com, barclayscenter.com, at the American Express Box Office at Barclays Center or by calling 800-745-3000. Group discounts are available by calling 844-BKLYN-GP.

Here is what Spence and his trainer, Derrick James, had to say Tuesday from R&R Boxing Club in Dallas:

“Everyone who has seen me fight before knows it won’t be a boring fight. Even if it’s one-sided, it’s always going to be action packed. January 20 is going to be a tremendous fight and I’m going to put on a great performance. I’m planning to dominate. 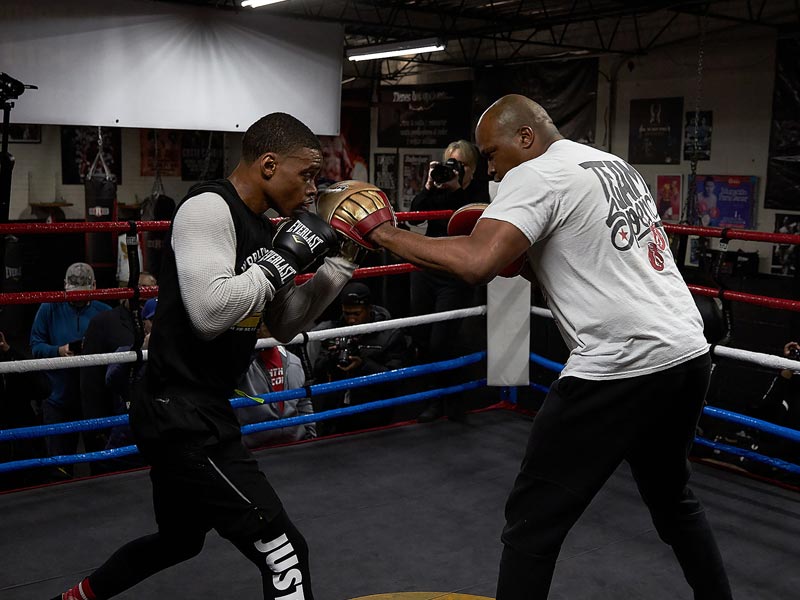 “Defending my title in Brooklyn will be special. I have family in New York too so it means a lot that I’ll be able to defend at Barclays Center. New York is a boxing city so they really appreciate champions and know the sport.

“I’m excited to be fighting a guy like Lamont Peterson. I’m not fighting a regular no-name fighter. He’s going to bring the best out of me because he’s a true fighter. It makes the whole experience even better.

“The top spot in the sport is really up for grabs now and I’m coming for it. I don’t care who I have to face or where, I’m going to be the last man standing. That’s why we all get into this sport. I’m extremely confident in myself.

“Lamont and I both have big hearts and I think everyone will be able to see that in the ring. We’re both smart fighters so there might be some feeling out before we get going. But I expect it to be a dogfight.

“This community in Dallas is very important to me. When I was growing up here there were no professional boxers from here that I could look to as a role model. Once you have the resources to give back, it’s important to do it. I love being in the gym and helping the really young guys and giving them something to aspire to.”

“Errol looks really good in training. He has great focus. He is very detail oriented and keyed in on being the best version of himself. The determination on his face lets me know that he wants to leave no stone unturned and make sure everything goes his way on fight night. We win the fight in the gym not in the ring. 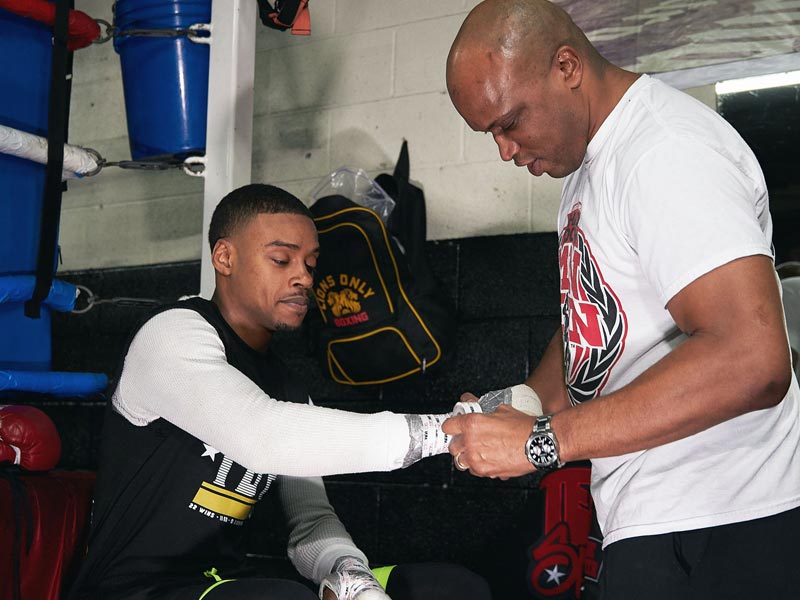 “Errol has to keep this mentality going into this fight and beyond, and he knows that. Winning one title is not what he wants. He wants to be undisputed welterweight champion. He’s very goal oriented and I believe he’ll reach that goal. He doesn’t take no for an answer. He’s going to push himself to the limit and attain his goals

“Lamont Peterson is very witty and intelligent in the ring. He’s a tough guy too. He brings that mental fortitude that you need to be successful. We have to be coming to this fight 100 percent and be focused the whole time. If we don’t, we may come up short.

“I have to be the best version of myself too. I try to get better and better each fight and each day in the gym. I know I have to be on top of of everything that could happen. Barry Hunter is a tough, intelligent trainer who brings a lot to the table. Lamont has a great team. It’s a pleasure and an honor to face them in the ring.”