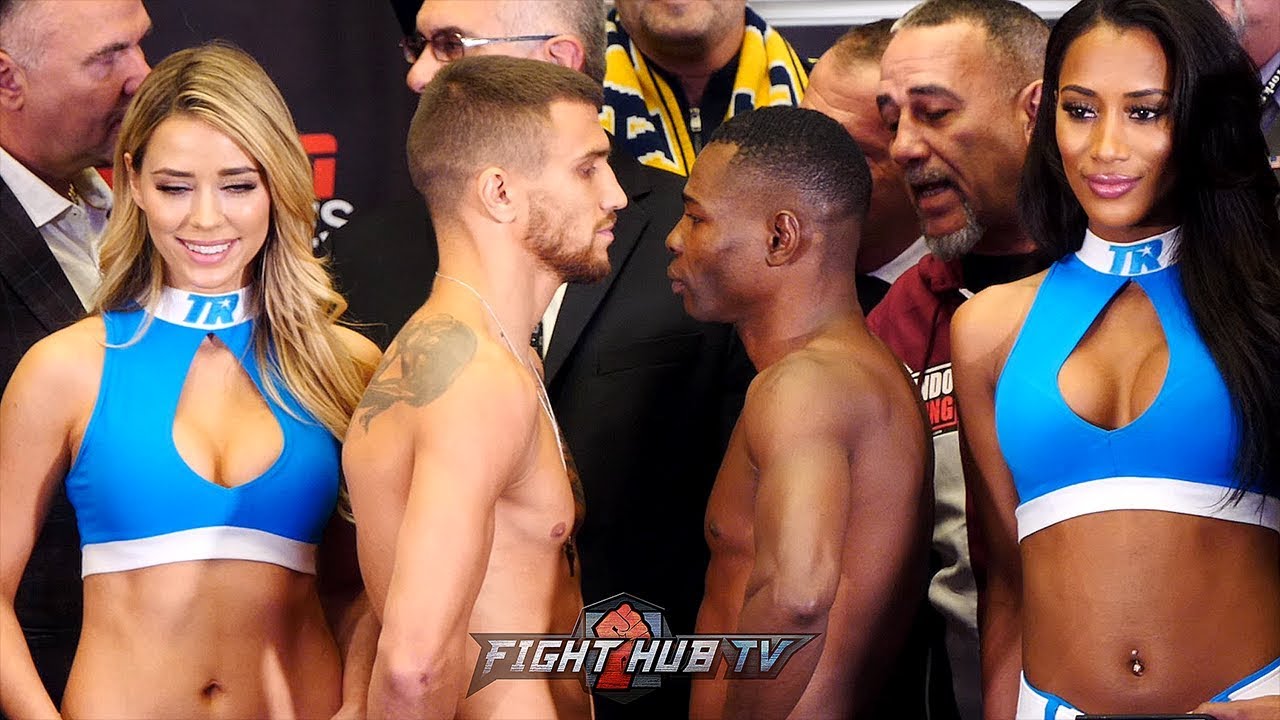 It’s on. Both Vasyl Lomachenko and Guillermo Rigondeaux hit the scales today ahead of tomorrow night’s showdown on ESPN and both fighters were good to go. This fight will mark the first time in boxing’s long history where two multiple Olympic Gold medal winners face-off in the ring.

Rigondeaux was up on the scale first and weighed-in at a solid 128.4lbs for his junior lightweight debut. RIgo looked to be pretty ripped and solid, carrying the extra weight quite well.

Lomachenko, the reigning and defending junior lightweight champion, hit the scale next and came in at 129lbs even. For as much as as there’s been about the size difference (and there is some size difference), both fighters weighed-in within about a half-pound of one another. There’s also a rehydration limit, meaning that neither fighter will be able to weigh over 138lbs for the second-day weigh-in.

The tension was palpable during the final face off between the fighters, with neither fighter willing to concede an inch. In fact, neither fighter was even willing to be the first one to break away from their death stares, resulting in an awkwardly long face off.

Catch the full weigh-in video above, courtesy of our friends at Fight Hub TV.