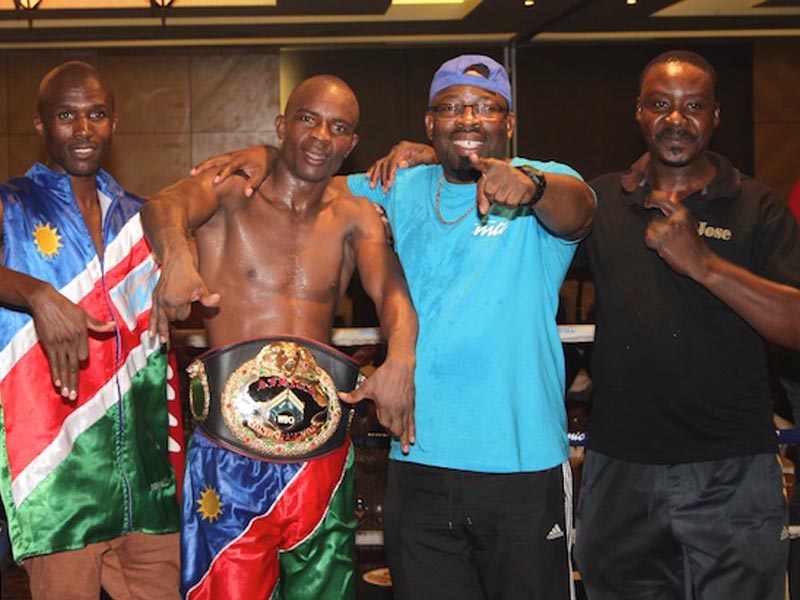 Windhoek – The MTC Nestor Sunshine Boxing & Fitness Academy’s status as the leading boxing promoter in Africa was once again confirmed when the World Boxing Organization (WBO) awarded the Best Africa Promoter title to the Namibian internationally-renowned academy for a 5th consecutive time at the just-ended WBO Convention.

The 2017 WBO Convention took place on October 23 on a cruise ship while sailing from Miami, Florida to the breathtaking islands of Cuba to honour the boxing crazy nation for its contribution to the world of boxing.

The honour was bestowed on MTC Sunshine Promotions and its steward Nestor ‘Sunshine’ Tobias for its outstanding contribution to Africa and world boxing, setting up professional bouts, the quality of the fights, frequency, and entertainment value.

“We have no doubt that the MTC Nestor Sunshine Boxing & Fitness Academy deserves this award as the very best in Africa, and of course a leading force to be reckoned with in the world of boxing, and this award is therefore in honour of their excellence,” remarked WBO president Mr Francisco Varcarcel.

Nestor Tobias walked away with the Best Coach of the Year at Friday’s MTC/NSC Sports Awards and was also inducted as an MTC Sports Legend along with all his former champions Paulus Moses, Paulus Ambunda and Julius Indongo.

“We are honoured to be recognized by the WBO, and we are therefore accepting this award not on our own behalf, but on behalf of all our loyal boxing fans, our main sponsor MTC and our dedicated boxers who are committed to the sport of boxing,” said Tobias who accepted the award in absentia.

Reacting to the news, chief human capital and corporate affairs officer at MTC, Tim Ekandjo, said it was indeed a remarkable and world-class achievement by the MTC Sunshine Academy, which is a reflection of world-class fans, a world-class sponsor and world-class boxers whom they are extremely proud of.