Advance tickets priced at $125, $75 and $50 are Now on Sale and can be purchased at www.therealdealboxing.com.

The 27-year-old Cruz looks to return to the win column following a loss to Ryan Martin on March 18, 2017 in New York City. Prior to that Cruz had only been defeated once in his five-year professional career.

Also 27-years-old, Luna is looking to bounce back into the win column following his decision loss to Toka Kahn Clary on June 24, 2017 in Louisville, Kentucky.

Holder of the WBC International Bantamweight Title, the 26-year-old Micah is coming off his career best victory, a dominant eighth round stoppage of Jonathan Aguilar on March 11, 2017, in Accra, Ghana.

In addition to thrilling crowds in the boxing rich country of Ghana, Micah has impressed fans in the United Kingdom on three occasions with his array of world class skills and heavy hands.

The battle tested Santos-Gonzalez seeks to stay in the win column following his knockout victory over Jose Hernandez on April 21, 2017.

The action packed undercard will feature three six round clashes.

Berlanga returns to Resorts World Casino NYC following his stunning first round knockout of then undefeated Saadiq Muhammad on September 9.

Also fighting on the last Real Deal Boxing card at the Resorts World Casino on September 9, Francis scored a first round knockout of Eduardo Rodriguez.

Napoleon seeks a return to the win column after suffering the first loss of her career to Tori Nelson on December 10, 2016. Papp will also look to start another winning streak after losing her first bout to Joanna Ekedahl on June 9, 2017 in Bergen, Norway. 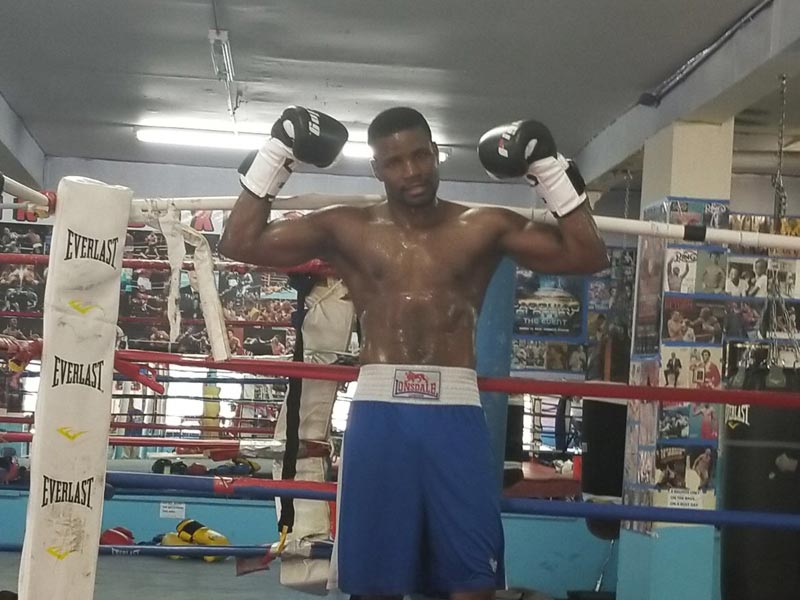 Real Deal Sports & Entertainment is proud to partner with Medical Arts Radiology () and Venum (). Nissan of Queens, NY is a proud sponsor of Real Deal Boxing.