Duke Micah’s introduction to a U.S. audience was a successful one, though not always easy. The WBC International bantamweight champion turned in a workman-like performance against the dangerous Jose Santos Gonzalez, winning a ten-round majority decision in front of a capacity crowd at the Resorts World Casino in Queens, New York. 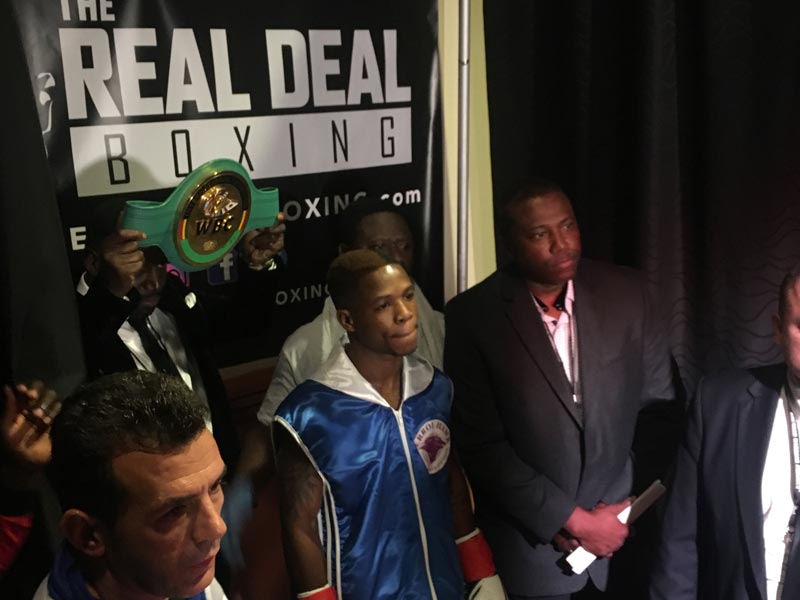 With new promoter Evander Holyfield of Real Deal Boxing looking on, Micah, 26, was eager to make a statement. But the game Gonzalez used every ounce of experience to keep things close.

Initially, it looked to be an early night as Micah blitzed him in the first. Seemingly every hard punch stunned Gonzalez. The Mexican found his footing in the second. Micah remained in control, working behind the jab and launching his right from all angles. A clash of heads in the third opened a cut over Gonzalez’s eye. A left hook moments before the bell rang appeared to stun him as well.

Gonzalez worked his way back into the fight during the middle rounds. His constant switching from orthodox to southpaw kept Micah off-balance. And his right landed with greater frequency. It appeared he might take over down the stretch, but Micah finished strong, working Gonzalez’s body with combinations to close out the tenth round. Final cards read 95-95 and 96-94 twice. 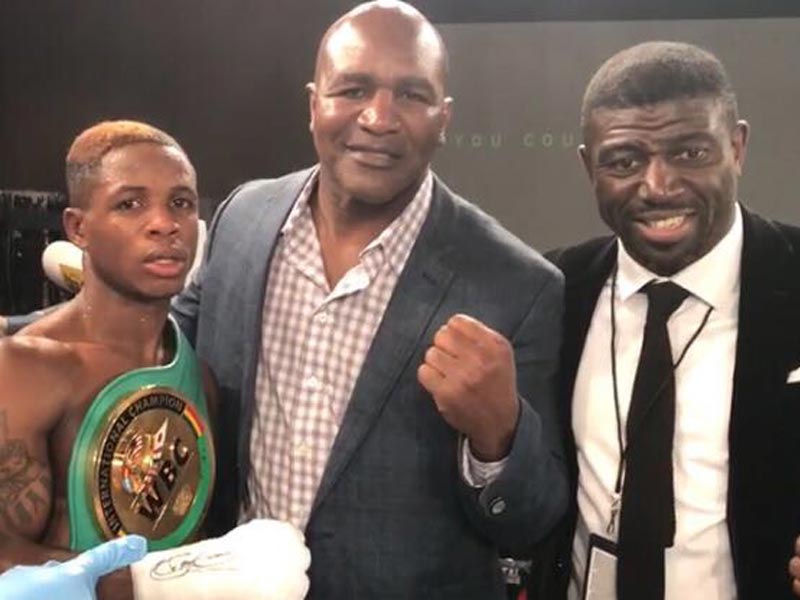 “He was experienced,” Micah (21-0, 18 KO’s) said afterward. “But you learn from that. This was my first fight in the U.S. Fans can expect fireworks from me for all my future fights.” 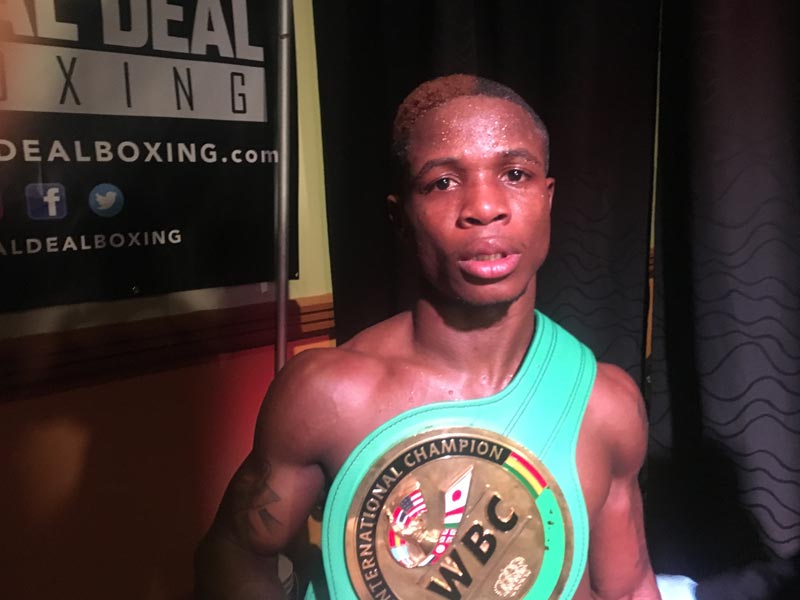 Welterweight contender Fredrick Lawson put on a power-punching display versus Fidel Monterrosa Munoz, scoring two knockdowns before Munoz retired in his corner at the end of the third.

Munoz (38-15-1, 30 KO’s) complained of a hurt hand following the third, forcing the ringside doctor to halt the action. Based on the action prior, his hands weren’t the only body part hurting. 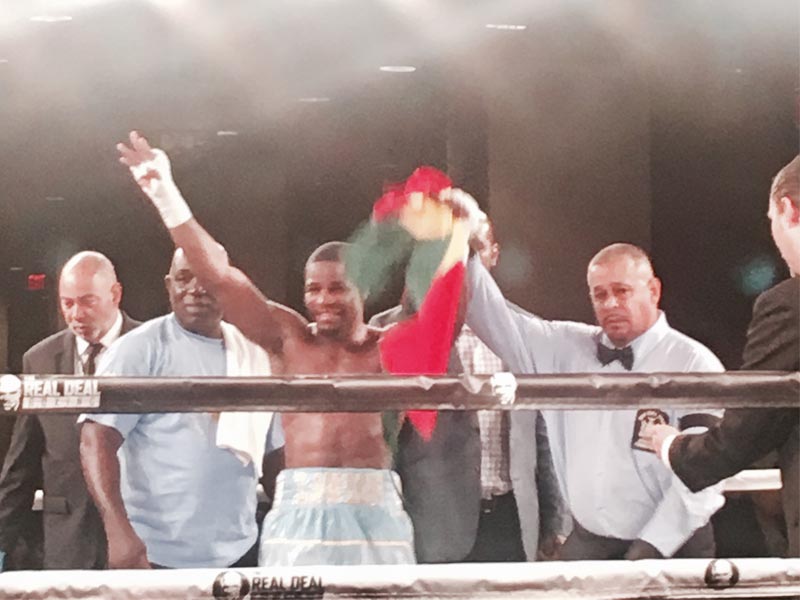 Munoz started well, landing several hard rights in the first. Lawson (26-1, 21 KO’s) took over in the second. A left-right to the ribs, followed by a hook upstairs caused Munoz knees to dip.

“General Okunka” continued to pour it on in the third, spurred by a capacity crowd at the World Resorts Casino.  Two rights forced Munoz to take a knee. He barely beat the count but was down not long after, courtesy of a Lawson left hook. Lawson pounced once action resumed, pounding away with both fists. Another right floored Munoz a third time but the bell sounded a second earlier and wasn’t counted. Moments later, the bout was called off.