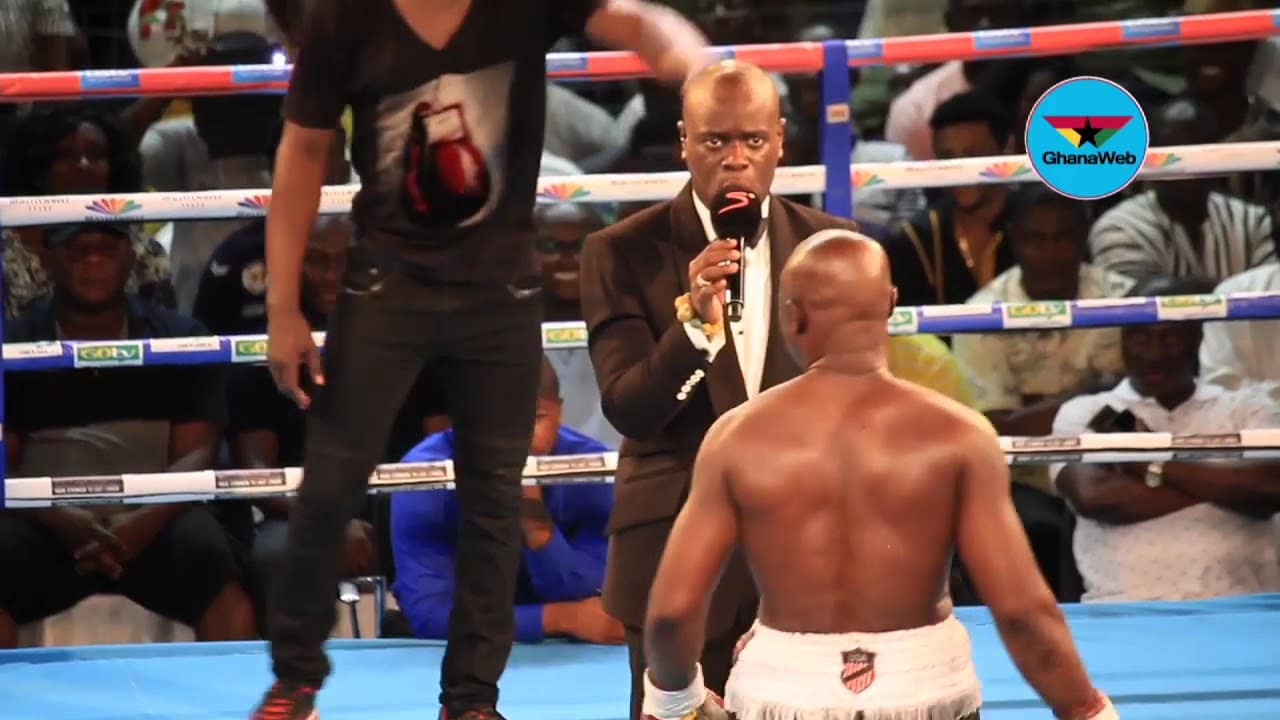 It was the first loss of Banku’s career. Samir, once the Ghana amateur boxing squad’s team captain, was simply too youthful, too powerful and, most important, too good for the former WBO Africa cruiserweight champion. Banku was outgunned in every category but has nothing to be ashamed of, particularly in the early rounds as he showed great fortitude standing in with Samir.

They went to war in the first round, each staggering the other with heavy shots. The back and forth kept the crowd standing. The combatants had a few words for each other after the bell rang. Banku returned to his corner with his left arm raised, to the delight of his fans.

The tide turned for good in the third round as Samir began breaking Banku down to the body. Two left hooks stunned Banku long enough for Samir to follow up with an overhand right that drove the crowd favorite halfway through the ropes.

Banku rose quickly and was greeted by a furious assault from a Samir attempting to close the show. But the wily veteran managed to slip most of the wild punches and fire back, as if to let his opponent know that he was still dangerous.

Banku continued to come forward in the ensuing rounds but the cleaner punches came from Samir. The former Golden Boy Promotions fighter worked behind an educated left jab and pummeled Banku’s ribcage, slowing the older man down.

They fought in close quarters during the middle stanzas, to the delight of the raucous audience. Banku doggedly came forward, pressing the action. He landed a number of sharp shots throughout the fight but Samir’s chin is world-class.

The punishment eventually took its toll on Banku. Two left hooks in the seventh caused his knees to dip but he refused to fold. Samir rained punches down until referee Roger Barnor stopped the action, presumably to put Banku’s mouthpiece back in place.

Samir pounced when action resumed, landing a beautiful left hook that introduced Banku to the mat a second time. Banku bravely rose to his feet but Barnor wisely waved off the bout.

The bout was dubbed “Make or Break” and was promoted by Box Office Promotions.