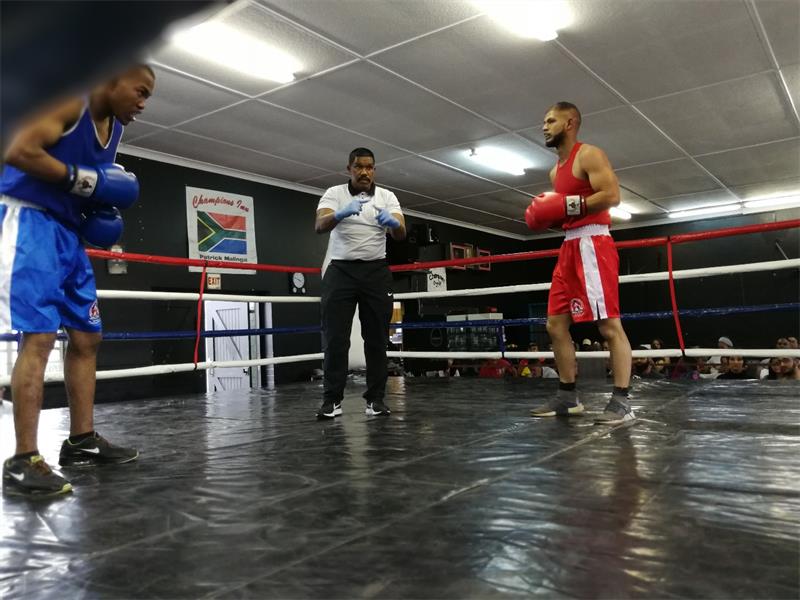 The exciting event was a great platform for all clubs and individuals who share the Academy’s philosophy of empowering the youth through sports and recreation, while providing sustainable alternatives to crime and drugs. The tournament kicked off with a combination of ten bouts from Champions Boxing Club, Varados Boxing Club and Steelman Boxing Club respectively. Naden Palmer from Champions and Jaleeno Smith from Varados, both 12 years of age and compete in the 41kg division, won the Fight of the Day Award after a pulsating match had left everyone on the edge of their seats.

Coordinating manager and director of the Council, Ra’ees Khan stated that due to the success of the tournament, the Council has been awarded an amazing opportunity.

“For the first time in history, we are hosting the International Championships for Amateurs. For the first time, amateur boxers will get to fight for an international title belt. This tournament is called the Amateur Pan-African Boxing Championship and it will take place on 27 and 28 April next year. Members from all 54 African countries will participate,” he said.

Khan said this can only open doors for boxers as it will encourage youngsters to get involved in their community.

“Boxing has been in a state of decline so it is our responsibility to uplift the sport of boxing and produce quality Olympic athletes so we can compete on a global scale. We find that often on the continent, we are under-resourced and under-exposed to big stages so we want to get our local kids onto a big stage so they can compete. We have the talent in Africa but we are not used to competing on an international level. We want to encourage that global engagement which will stimulate the development required.”

Khan further pleads with the community to come in numbers and support their organisation.

“We ask that the community keeps an eye out for some of our upcoming tournaments and events. We urge everyone to get more involved.

The next tournament will be held on the 28 October. The future of our youth depends on our efforts as a community,” he said.