BROOKLYN – All three 154lb. champions retained their titles on SHOWTIME CHAMPIONSHIP BOXING from Brooklyn’s Barclays Center but it was WBC titlist Jermall Charlo who stole the show.

The Premier Boxing Champions event featured three world title fights in the stacked 154-pound division, a lineup including five fighters ranked in the top 10, and four in the top five.

One of the most anticipated fights of the year lasted only 2:41 seconds as WBC Super Welterweight World Champion Jermell Charlo knocked out Erickson Lubin with a brutal right uppercut to the chin in the opening round in the second of three 154-pound world title fights. 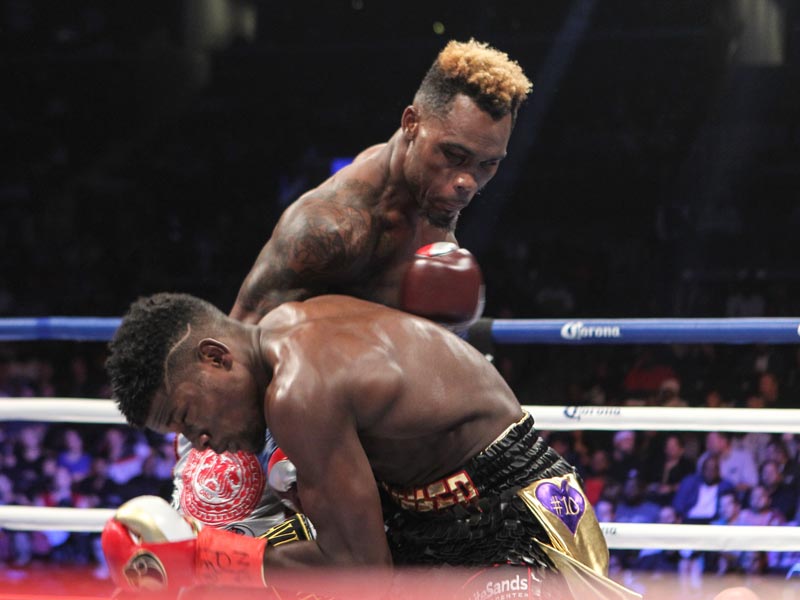 While the matchup of young, undefeated Americans was regarded as one of boxing’s best fights in a year of marquee matchups, Jermell Charlo had other plans. After feeling each other out Charlo, the twin brother of undefeated former champion Jermall, unloaded a strong right uppercut that the highly touted Lubin leaned into. With Lubin struggling to return to his feet, referee Harvey Dock waived off the contest and helped a dazed Lubin return to his corner. 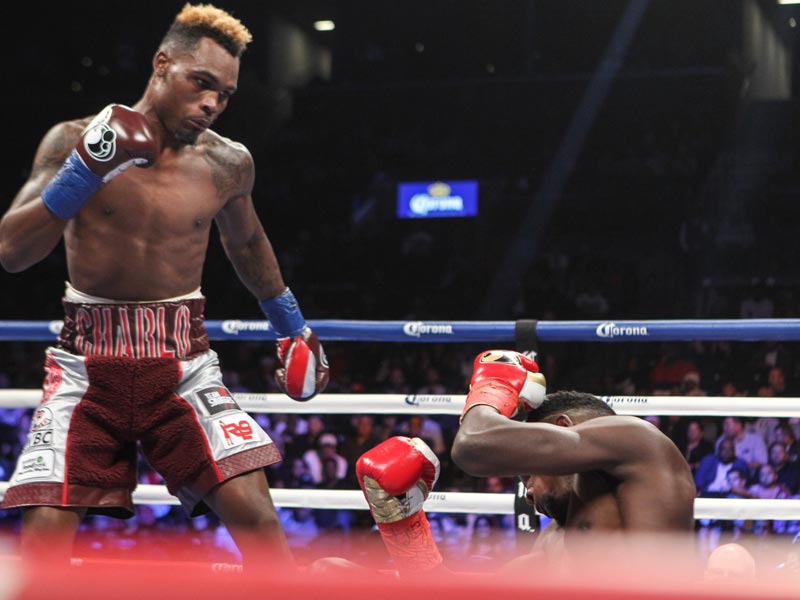 “They were giving him a lot of attention,” a fired up Charlo told SHOWTIME Sports reporter Jim Gray. “I was quiet the whole time. They said they were going to come take my title. I had to defend it. They didn’t know what I was bringing into this and I think (Lubin) was worried about the wrong things. 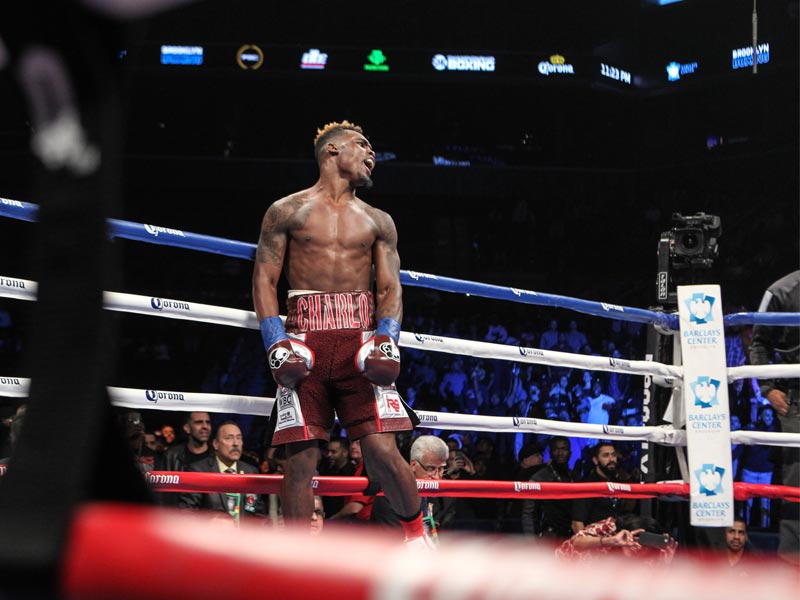 “We’re going to unify. The other champions want to fight me and I’ll take any of them. Give me another title. I want Hurd. Hurd just won. Give me Hurd.”

The 22-year-old Lubin, boxing’s consensus 2016 prospect of the year, had his hopes of becoming the second youngest titlist in boxing dashed in less than three minutes.

“I’m fine. He caught me with a blind shot. I didn’t see it coming. He landed it. I felt like when I got up I could have kept fighting, but it’s boxing. It happens.

“I’m young and I’m hungry. I know I’m one of the best out there. He caught me with a blind shot that I didn’t see. Like I said, it’s boxing. I’m just going to remain hungry, get back in the gym and become the champion I know I am.

“I’m young and have plenty of fight left in me. This is just a minor setback. I’ll be back sooner than later and hungrier than ever.”

The southpaw Lara used a precise jab to set up a sharp left hand in the sixth defense of his world title. The supreme technician, known for his elusiveness, put on a clinic as expected. He fought mostly in the pocket and picked apart the 2012 U.S. Olympian Gausha, a Cleveland native getting his first shot at a world title. 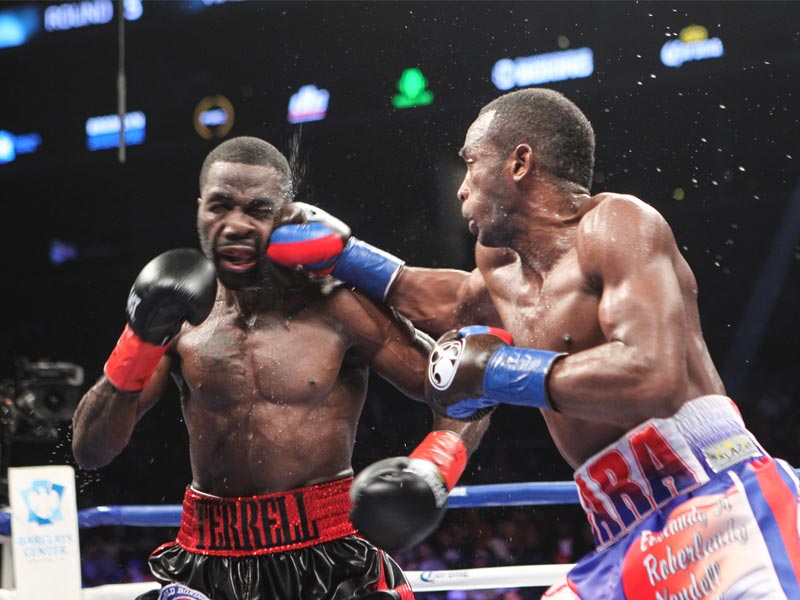 “We want to give a lot of credit to Gausha. He’s an Olympian and he came to fight,” Lara said.  “I take the rhythm of the boxing match and that’s when I take over. He’s fighting with the best in the division. He’s not a stupid fighter, but he knew who he was facing today.

“I’m ready to box anyone that comes my way. I’m the best boxer at 154 pounds and I won’t shy away from anyone that wants to fight me. I’ll box whoever, just line them up. I’m not afraid. I have proven that I’m a true champion. I’ll fight (Jermell) Charlo if I have to. We are friends, but business is business.”

IBF Junior Middleweight World Champion Jarrett Hurd became the first person to stop veteran former champion Austin Trout with a 10th round technical knockout in the first defense of his world title in the opening bout of the SHOWTIME CHAMPIONSHIP BOXING telecast. 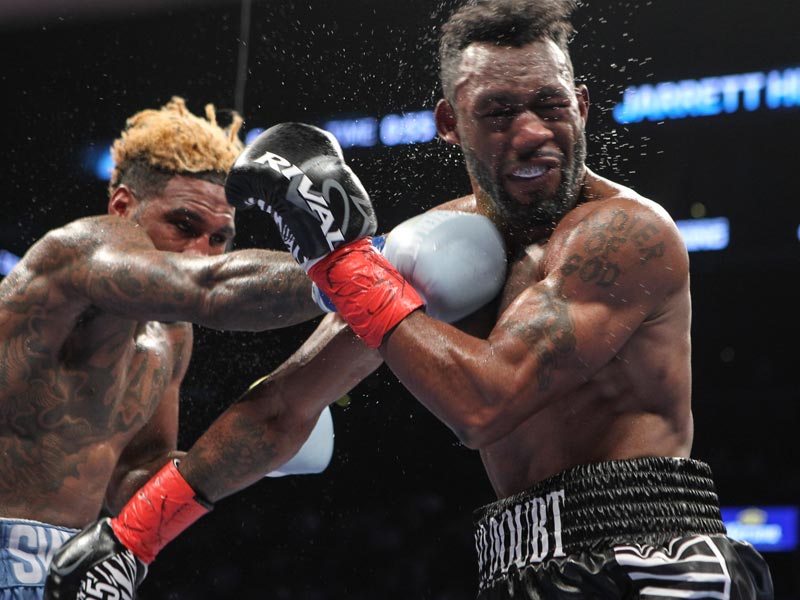 The 27-year-old Hurd did what Miguel Cotto, Canelo Alvarez, Erislandy Lara and Jermall Charlo could not after the ringside doctor stepped in to stop the bout following a brutal closing 20 seconds of the 10th frame.

The Accokeek, Md., native often neglected defense in the early rounds and fought back after a slow start to wear down the toughest opponent of his career. The championship affair shifted in the sixth as Trout tired and Hurd picked up his output of power shots despite a bloody cut over his left eye. Trout was practically saved by the bell in the 10th round and trainer Louie Burke did not protest as he was advised that the fight should be stopped. 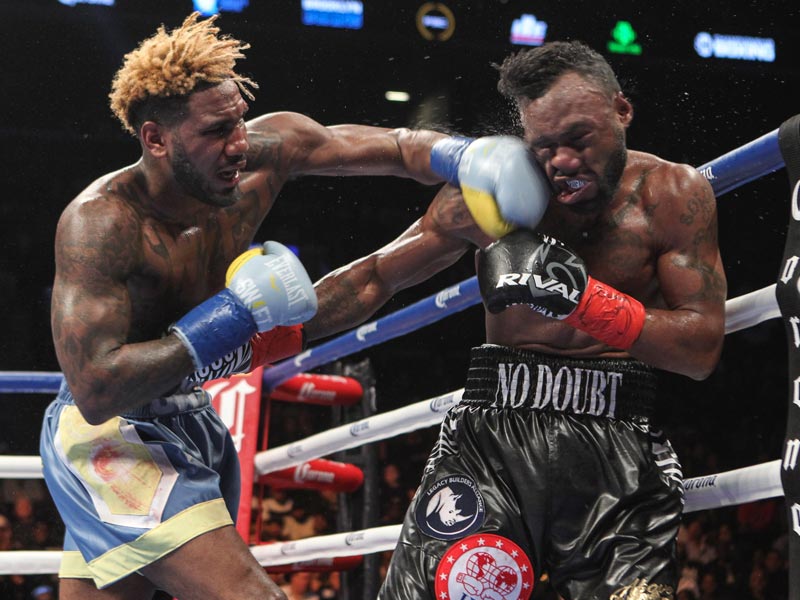 “It’s most definitely tougher to defend the title than win it,” Hurd said. “I’m always the one that comes on stronger at the end of the fight. We knew we were going to wear Austin Trout down in the later rounds and eventually stop him. My cut made me a little better with my head movement.

“Team Swift, we don’t run from anyone. I’m ready to unify. 2018 is the year for unifications. It doesn’t matter who it is. I’m ready to fight anyone.” 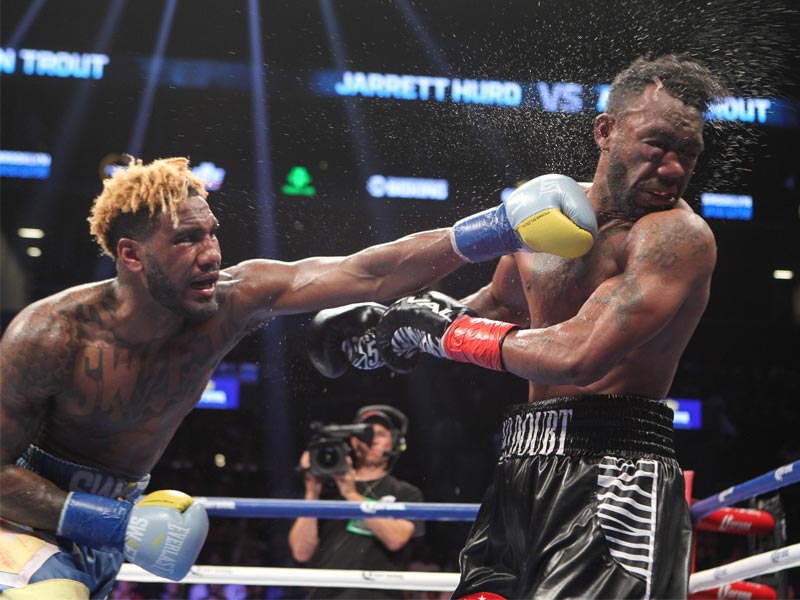 Hurd had a 89-31 edge in power punches landed over the last three rounds and connected on 43 percent of his power shots over 10 rounds.

Trout was taken to Lutheran Hospital for observation after the bout.

Saturday’s telecast will replay on Monday, Oct. 16 at 10 p.m. ET/PT on SHOWTIME EXTREME and will be available on SHOWTIME ON DEMAND® and SHOWTIME ANYTIME®.