The near-capacity crowd at the National Concert Hall of Wales serves as a prelude to the record-breaking audience expected at Principality Stadium on Saturday where more than 75,000 fans will set boxing’s all-time indoor attendance record at the retractable roof facility.

The SHOWTIME CHAMPIONSHIP BOXING telecast begins live at 5 p.m. ET/2 p.m. PT from ringside in Cardiff as Joshua (19-0, 19 KOs) returns for the first time since unifying the heavyweight division.  The undefeated British sensation picked up the WBA belt to go along with his IBF crown on April 29 in a leading Fight of the Year thriller with Wladimir Klitschko. 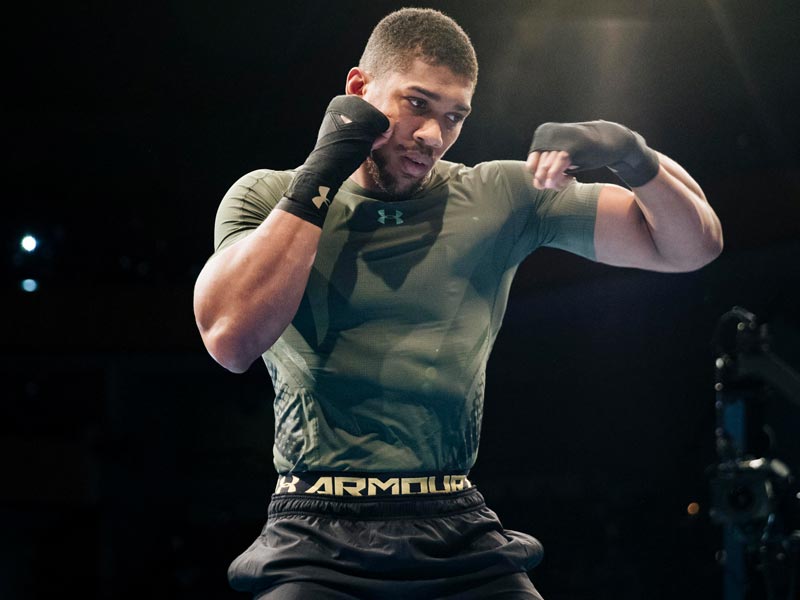 Takam (35-3-1, 27 KOs), a 2004 Olympian from Cameroon, packs a lengthy resume as he looks to shock the world and become heavyweight champion. 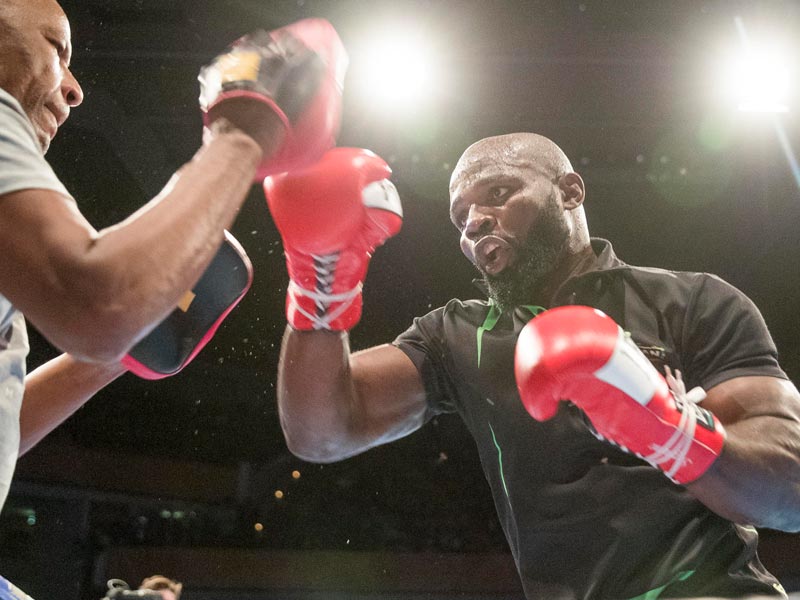 Joshua vs. Takam is the first of two consecutive heavyweight world bouts on SHOWTIME.  Next Saturday, Nov. 4, WBC Heavyweight World Champion Deontay Wilder will defend his title in a rematch with Bermane Stiverne, the only opponent to last the distance with the American champion in 38 professional bouts.

Here’s what the fighters had to say on Wednesday:

“I’ve never been nervous about fighting but I think this stadium is going to be different.  There’s a closed roof.  I know the energy and the atmosphere is going to be bouncing up and down off the roof and it’s going to be nothing like before.  As I said, if Saturday night is a little bit like the people today here at the public workout, it’s going to be phenomenal. 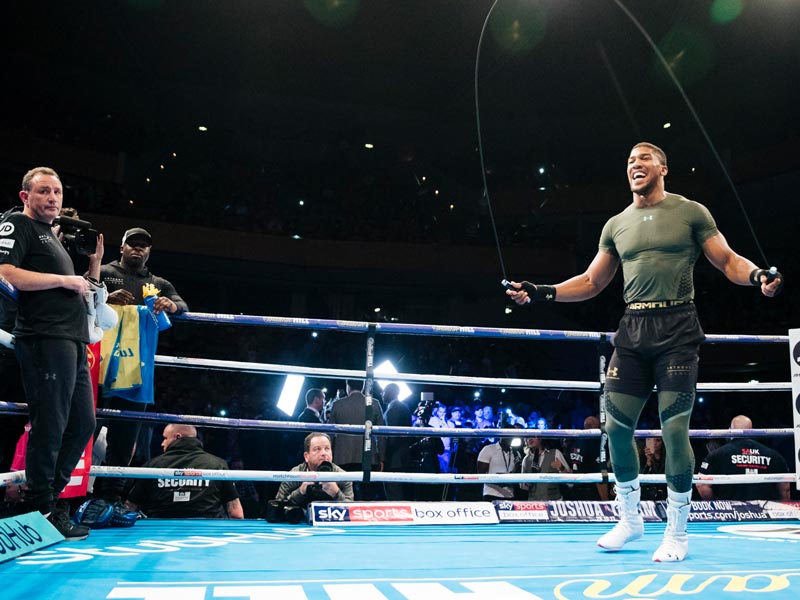 “This is what fighting’s about – different styles and different types of opponents.  But the best opponent you can work on is yourself so I’ve definitely been improving myself.  I can talk about a million things I’ve been working on but at the end of the day, as soon as that first bell rings, that’s when it matters.

On opponent Takam, who became the mandatory challenger after an injury to Kubrat Pulev:

“First and foremost, massive credit to Eddie [Hearn] because he’s done amazing work.  He was ahead of the game and he’s managed to allow this show to go ahead.  Credit to Carlos Takam, a true athlete who stays fit all year round.  He’s not someone who just trains for a fight, he seems to keep himself conditioned and that’s what we like.  He’s the same as myself. And I think – what would I do?  Would I give up the IBF belt?  Hell no. I worked too hard for it.”

“I’m ready for this fight, I’m ready for everything he has.  I’ve been waiting for this opportunity for a long time.  We were in the gym getting ready, hoping we would get this chance. 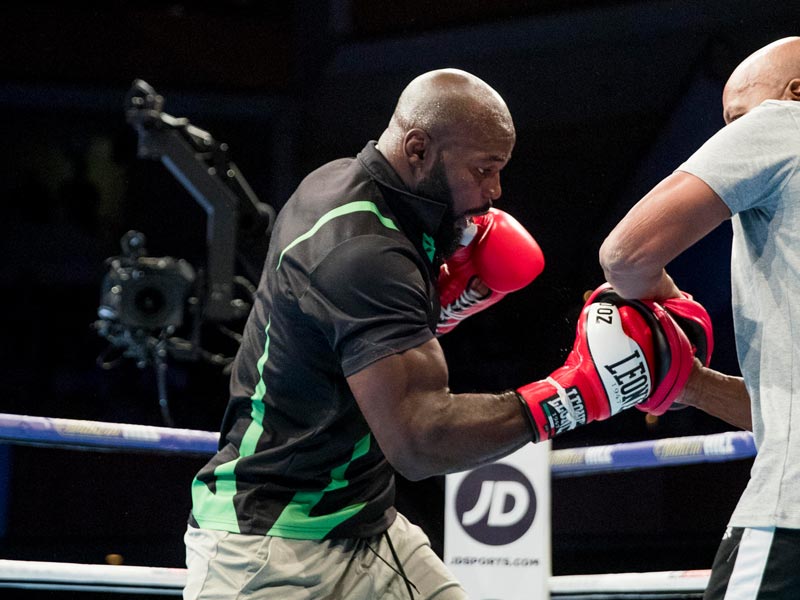 “He’s a world champion, he’s earned his belt.  But I’m coming here to take it.  You have to defend your title, and I’m not going to make it easy.  I’m going to make this the fight of the year.

“If I can do things differently from what other boxers have done against him, I’ll have a chance to win by knockout.

“A lot of people have asked me if I see any weaknesses in Joshua’s style.  All I can say is we will see on fight night.

“I’m not bothered about fighting in front of 80,000 people, the only people in the ring will be myself and Joshua, nothing else matters except us.”