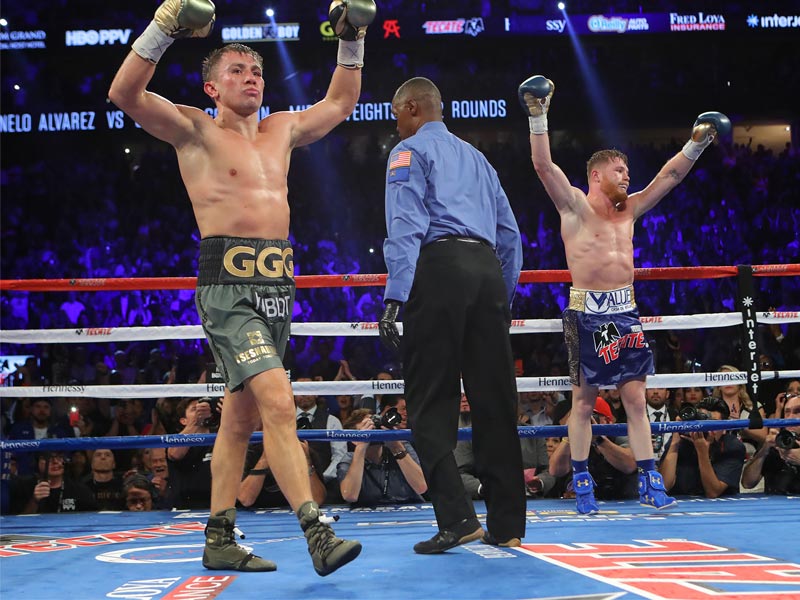 The action-packed fight featured everything a boxing fan would hope for in a battle that not only featured the two best middleweights in the world, but the two of the best pound-for-pound fighters. Canelo took an early lead, outboxing Golovkin from the outside with lateral movement, a quick jab and hard counterpunches to the body.

As the rounds progressed, Golovkin returned fire, tapping through the middle of Canelo’s guard before ripping left and right hands around it. 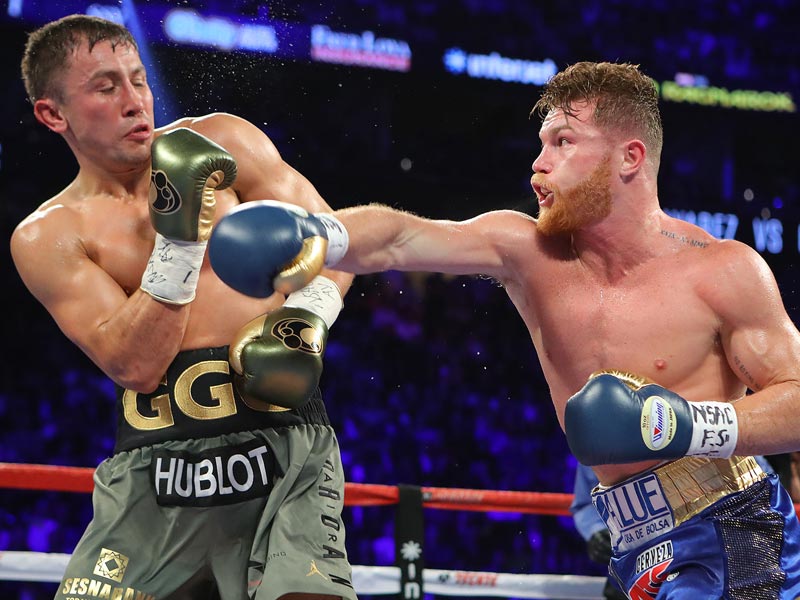 The action reached its peak in the championship rounds, where both men went back and forth, exchanging bomb after bomb in an explosive attempt to avoid scorecards.

“I thought I won the fight,” said Canelo Alvarez. “I think I was superior inside the ring. I won at least seven or eight rounds. I was able to counterpunch, and even make Gennady wobble a couple times. It’s up to the people if we fight again. I feel frustrated over this draw.” When asked if he felt Golovkin’s power, Canelo said, “No, truthfully, not really. There wasn’t any power that surprised me. In the first rounds, I came out to see what he had. Then I was building from there. Yes, of course I want the rematch. Obviously, if the people want it, then yes.”