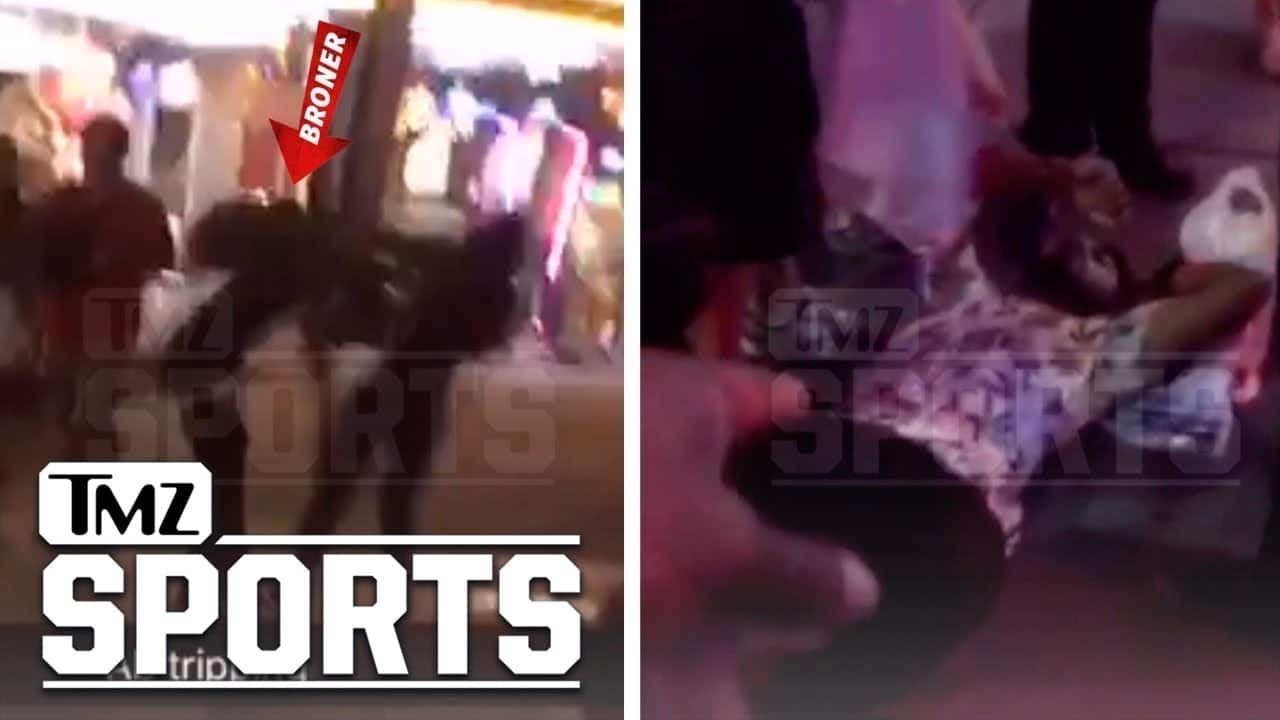 TMZ Sports obtained the video, which starts with Broner taking pics with fans. Moments later he snaps, but it’s unclear why. The former world champ appears enraged as he walks near the MGM.

A female companion tried to calm him down, but Broner isn’t having it and shoves her, sending her flying backward. Then he uncorks a ferocious knockout blow to a guy who went down for the count.

It’s unclear if Broner knew the guy, or if he just got in his line of fire.

We’re told security talked to Broner, but let him go.

We’ve reached out to Adrien’s camp … no word back so far.

Broner has had numerous outside-the-ring issues over the years – including earlier this year when someone shot up his car (with Broner still in it) after an argument.

His “big bro” Floyd Mayweather tried to step in and mentor him earlier this year … but it doesn’t seem to be working.

Broner was in the ring back in July, when he lost a twelve round unanimous decision to Mikey Garcia at the Barclays Center in Brooklyn, New York.