LAS VEGAS – Fight week for the biggest event in combat sports history continued Wednesday as Floyd Mayweather and Conor McGregor squared off at the final press conference ahead of the SHOWTIME PPV matchup this Saturday, Aug. 26 from T-Mobile Arena in Las Vegas.

The fighters spoke to hundreds of media from all around the world as the anticipation continues to grow for this once-in-a-lifetime event that combines the worlds of boxing and MMA for one spectacular fight.

Here is what the participants had to say Wednesday from KA Theatre at MGM Grand:

“I’ve been here so many times. I know what it takes for a fight of this magnitude. I’m thankful to everyone who has covered this event. Everyone can talk about different storylines, but it comes down to two fighters. Just me and the guy I’m competing against. 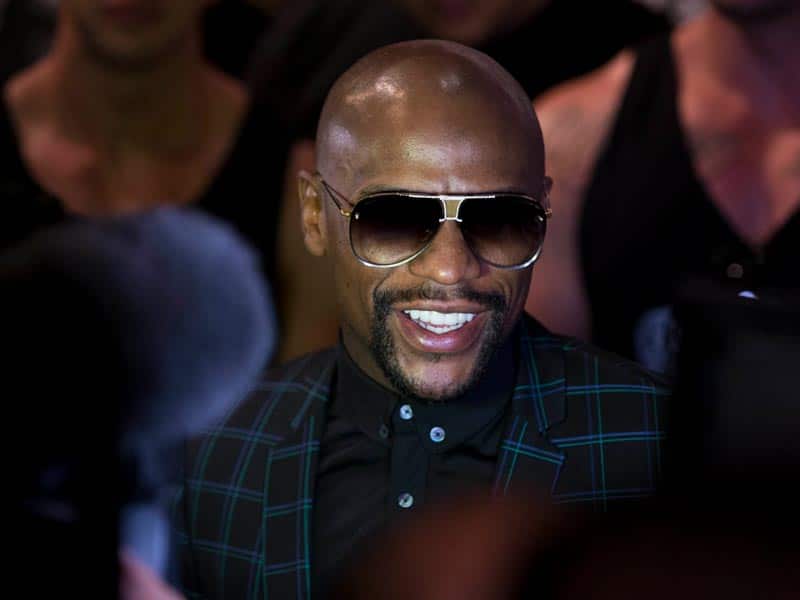 “I had a tremendous training camp. We had a lot of different guys who gave me different looks. To compete in a combat sport, you have to be a fighter at the end of the day. To be in this sport for 21 years, I had to take it extremely seriously, just like I did for this bout.

“Everyone knows I can fight. I can give it and I can take. But to get to 49-0, it’s obvious that I’m not receiving it, I’m giving it a lot more often.

“Conor McGregor is a hell of a fighter. He’s a tough competitor. It’s going to be blood sweat and tears Saturday night. That’s what we want to give people all around the world. Now it comes down to the two of us going out there and displaying our skills.

“The best fighting the best. He’s the best at what he does, I’m the best at what I do. We can both do a lot of talking, but it comes down to the skills. We’re going to compete and give you what you want to see.

“After 21 years I’ve been hit with everything and I’m still right here. One thing you must know about combat sports, if you give it, you must be able to take it. Last time I checked, no one is walking me down. It’s all about my IQ and patience in the ring.

“We’re both real fighters. We’re two huge names in combat sports. He’s made a mark the last few years and I’ve made a mark for 21 years. Now it’s time to go do what we do best and fight.

“I go out there and do what I do. I’ve been here before and fought many different fighters with different styles. There have been plenty of guys who talked a lot of trash, but when it’s all said and done, I came out victorious.

“We prepare for this every day at the Mayweather Boxing Club. We’re built for this stage. We have a lot of young fighters and guys with more experience going toe-to-toe every day. We’re always talking trash to each other and staying in each other’s ear.

“I’ve said it’s not going the distance and you can mark my words. I know he’s going to come out and switch and go back and forth with stances. It’s my job to execute my game plan and adjust if I have to.”

“We’re here now. It’s a couple days out. We’ve had a lot of crazy events but this is nice and business-like. I’m very happy with how camp has gone. Everything has been absolutely amazing. I have to shout out my team and everyone who’s been involved with camp. We’re prepared for 12 rounds of nonstop pace. I will go forward and put the pressure on and break this old man. 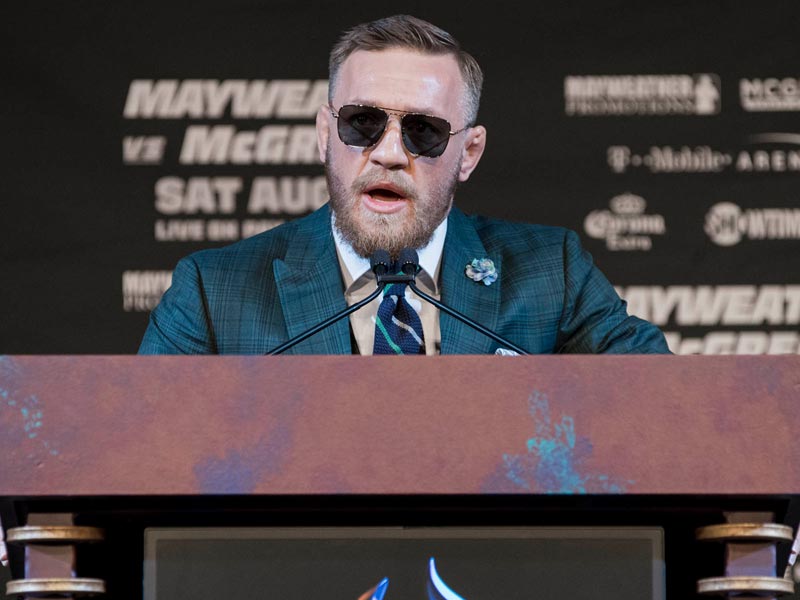 “He made a big error agreeing to the eight-ounce gloves. I don’t see him lasting two rounds. I think I could end him in one round if I want. He messed up. I’m very happy with these gloves. I don’t care where your hands are, I’m going to break through whatever is in front of me.

“I really appreciate the support from everyone back home and all over the world, it’s been very humbling and motivating. That’s why I’ve put in such hard work for this fight. I’m going to go out and perform. I’m going to out box this man at his own game. That’s how much of a different level I’m on.

“When it’s all said and done I’m going to feel a little bit sad. You should have kept your mouth shut and left me over where I was. This man is not on my level. He’s not a quarter of the man I am. Everyone is going to eat their words on Saturday.

“He’s a beaten man. He will not be able to take the ferociousness that I come with. I’m very confident. I have more skills in many areas and as a true martial artist, I can adapt to any situation.

“I’ve never missed weight in my life and it won’t be happening this time. I’ve had my nutritionist practically living with me throughout camp. We are ready and feel great at the weight right now. The weight has been taken seriously and Floyd can keep wishing that I’ll miss weight.

“I’ve made it through shin bones that bounced off my cheekbone. That’s the game I come from. They can say what they want, but I’ve come through a lot tougher than what any of these fighters he’s faced have gone through.” 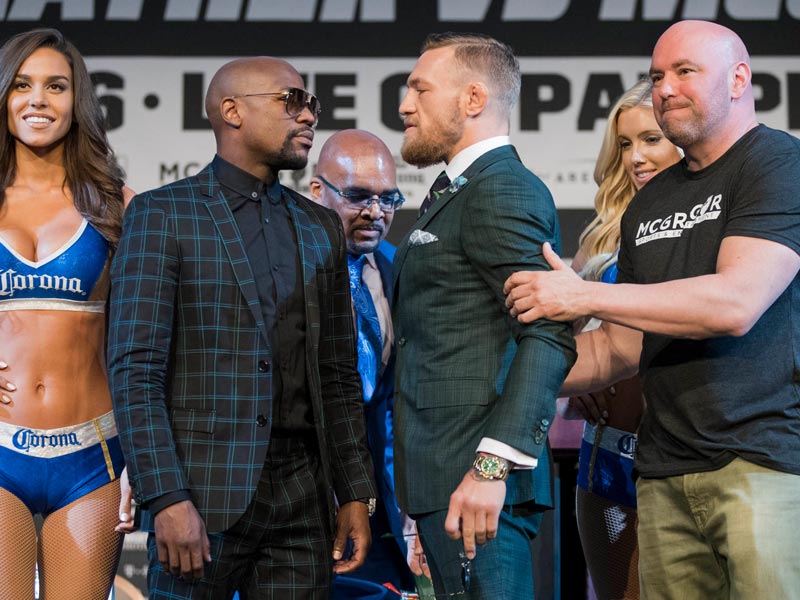 “Mayweather vs McGregor has captured the imagination of sports fans across the world. It’s a historic event demanded by the fans and put on for the fans.

“The fighters will put their talents on display in a fight that people did not think was possible. After it’s done, people will talk about this fight for years to come.

“We’re making our event available on every possible platform. Fans across the world will have access to this great fight from anywhere.

“Boxing is at an all-time high because of some of the great matchups that have been made, and SHOWTIME has been at the forefront of that. SHOWTIME is the face of boxing and we’re proud to be partnered with them.”

“SHOWTIME PPV is the home of big events and we’ve teamed up with MGM and Mayweather Promotions to bring fans the most exciting and memorable fights in sports history. We have brought record breaking event after record breaking event; These are events that the world watches and makes history. No event is bigger than this one. Two of the biggest personalities in sports meeting in a once in a lifetime event.

“This will be the most widely distributed event in PPV history. This event will be distributed in over 200 countries and might grow to 225 countries by the time we’re done. That’s a broader distribution than virtually any other event in combat sports history. We are well on our way to being a record-setting event in many categories.”

“Fight week has finally arrived and we are thrilled that it will be held at T-Mobile Arena, home of the biggest events in the sports and entertainment industry. In a little over a year, T-Mobile Arena has become an industry leader and home to some of the world’s greatest athletes and entertainers.

“Las Vegas and T-Mobile Arena will be the center of the sports universe for this great spectacle. We look forward to once again showing the world that we are the leader in entertainment and we can’t wait to see you on Saturday night.”