Hours after news of his signing with DiBella Entertainment broke, an elated Richard Commey sat down with BoxingAfrica.com to discuss this latest move and its implications for the future. Commey, 25-2 (22 KO’s), is hungry as ever to reclaim a world title and now has the platform and backing he desired. Read on to hear exactly what he plans to do with it.

Richard, congratulations on signing on with DiBella Entertainment. How are you feeling?

I’m feeling excited. I thank God first. I want to also thank my team – my manager, Michael Amoo-Bediako, has been behind me ever since I started boxing, as well as Carl Lokko, my coach. We have done a great deal of hard work behind the scenes and this is where it has brought us.

It’s been quite a grind for yourself, Carl and Michael. Is there some relief knowing the collective effort didn’t go unnoticed?

Yeah, definitely. I’m just very excited. I feel like now, being in America and working with DiBella Entertainment…this is the real deal. As a boxer, everyone’s dream is to come to America, mingle with the boxers here and fight the best. I thank God that I’m with DiBella and, after speaking to Mr. DiBella, I’m really excited and looking forward to working with him.

For those who may not be aware, can you give us some background on what happened with your former promoter, Team Sauerland?

Well, after the back-to-back losses with Robert Easter Jr. and Denis Shafikov, my former promoter Team Sauerland exercised their right to terminate my contract. If you lose a world title to an American in America by split decision and then you lose a final eliminator to a Russian in Russia by split decision, and you are the away fighter on both occasions and your promoter terminates your contract, that says more about them than it does about me so I will let everyone make their own minds up about that.

Once my manager had confirmation of the termination of my contract he put the wheels in motion straight away to get me fighting by putting on a show in Ghana in March. I was able to fight in front of my own fans and Ghana’s newly-elected President, Nana Akufo-Addo, and win the WBC International silver title. This was whilst he was also negotiating this deal with DiBella Entertainment.

Your next fight is rumored to be an IBF world lightweight title eliminator. Has anything been confirmed as far as an opponent, date, etc.?

Nothing has been confirmed yet. No opponent, no date. I am also ranked #4 by the WBC so there is a possibility I get a shot at that title as well, I know my team are looking at all options for me. I’m just waiting and hopefully within the next month, I should know what’s ahead of me.

There is a huge Ghanaian population in New York and up and down the east coast. They haven’t had much to cheer about lately—are you looking to re-ignite their passion for boxing and rejuvenate the Ghanaian fan base in America? 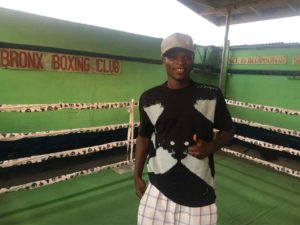 A few weeks ago, Robert Easter Jr. and Denis Shafikov, two guys you fought, had a very tough battle. What were your thoughts on that fight?

I didn’t see the fight, but the reports that I heard and read was that the scoring was controversial. That doesn’t surprise me. Sometimes that’s just the way it is. It happened to me. All I am wishing for is another chance to re-write history.

If your next fight is in fact a title eliminator, you would face Easter next if you win. Are you concerned about the judging again and think you might need a knockout?

Well I’ve been there before. At that level, I might not have been mature enough. I hadn’t fought even a former world champion and there I was fighting for a world title in my first big fight in the United States. But now I’ve tasted it, and I know what it feels like. So, if I get the chance to fight him again, it’s going to be do or die. I want that fight. And I believe in God and that I’m going to get it.

You bounced back with a solid win in Ghana but it’s not like you to go so long without a fight. How are you feeling?

Right now, I feel I’ve experienced everything you can in boxing. So, I’m not afraid of anyone or any situation. I’ve gone into people’s backyards throughout my career. I’ve matured as a boxer and now I’m a complete boxer. I went to Ghana and had my fight there for our fans in Ghana. I’m ready for the rest for the world.

I understand boxing now. There are times where your schedule is busy and times when it slows down. That can be applied to life. Your life doesn’t just go straight up. It has its ups and downs. So as a person, you realize that these things can happen. No matter what, whether I’m out of the ring for a while or not, I am always ready to fight. So, when it comes my way, I’m not missing any opportunity. I’m really happy with the way things are now and I have to thank God and thank my manager.

Your new promoter mentioned that you’ll be training out of New York. Is this a permanent move for you?

Yes, I’ll be training in New York with Andre Rozier, who trains Danny Jacobs, until my trainer Carl Lokko arrives from Ghana where he is training Duke Micah at the moment.

Richard, your fellow Ghanaians have been waiting patiently to hear news from you. What does their support, and representing Ghana, mean to you?

It means everything to me. I think the fans see that I am trying to raise the flag of Ghana high. That spirit is in me and it will never die. I will achieve what I want in boxing. My manager Mick has never lost hope in me and neither has my trainer, Carl. I know there are a lot of people backing me and praying for me, so I’m just very excited. I want to show the world that I am proud to be Ghanaian and proud to be fighting for Ghana.

Anything you want to say in closing to your fans?

Yes, to all my fans, especially my Ghana and Africa fans, I represent you all. The fighting spirit has never died. I want to be a world champion and bring Africa to the top where it belongs, especially Ghana. I’m here representing you so keep me in your prayers and I believe God will use me to raise the name of Africa and the name of Ghana high. 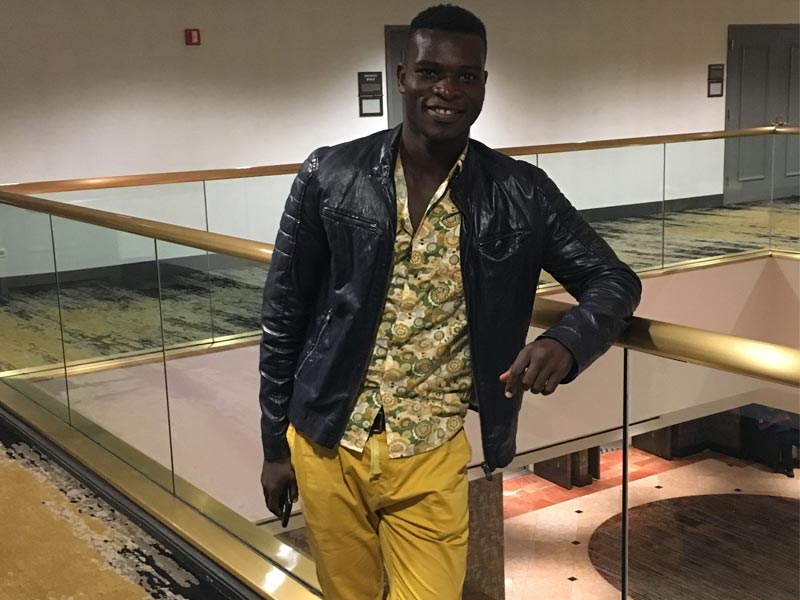