BoxingAfrica.com caught up with Namibia’s Julius Indongo as the reigning WBA and IBF World 140lb. champion touched down in the United States. “The Blue Machine” will now work in Los Angeles, California, as he winds down training for the anticipated August 19th matchup versus WBC and WBO World 140lb. champion, Terence Crawford. The bout will take place in Crawford’s home state of Nebraska, but Indongo is no stranger to breaking the hearts of hometown fans. Read on to hear how camp went and his thoughts as he heads into the biggest fight of his career!

Julius, how has training been so far?

This is probably the biggest fight of my career, and I am just feeling great. Our preparation has been on track so far. We arrived in LA yesterday after a long flight and we’re working at Freddie Roach’s exclusive gym (Wild Card Gym) which is great. Me and my team are relaxed. We know exactly why we are here, we are mindful of the challenge ahead and don’t take it for granted, but we are also very confident and looking forward to this massive undisputed fight.

It’s a question I’m sure you hear often, but did you do anything different for this fight?

Of course, we made a few tweaks here and there, but I think most important is concentration, the ability to adjust during the fight and fight to the best of my ability.

Assessing Terence Crawford as a fighter, what do you see?

Honestly, I see a great fighter, an undefeated champion and the best fighter in the junior welterweight division before my arrival. I have great respect for him, but I have to do what I have to do and dethrone him from this status because I am one of the best and this is my time, and Africa’s time.

You’ve traveled to Russia and then the UK and upset the odds both times against the hometown fighter. Does fighting in your opponent’s hometown give you any extra motivation?

It comes with two things: For some reason, I am highly motivated when I fight away because it pushes my motivation levels even more. It also relaxes my opponent a little knowing they are fighting at home. I love being intimidated by hostile crowds at the beginning of a fight and walking out smiling at the end of the fight. This fight will be in Terence’s home town so, once again, I go into this fight as an underdog. Nobody is giving me a chance and I am happy with that status—it is what I come out with that matters.

Julius, it seems like the entire country of Namibia is standing strong behind you. What does the support of the nation mean to you?

Yes, I would like to thank every Namibian for their support. Namibia has one of the most passionate boxing supporters, not just for me but for all our boxers and that is just a great feeling. The support must come from your home country first. I will, however, also be representing Africa in this fight and everybody that believes they can defy the odds and go up against the best and win. If you are that person, this fight is dedicated to you.

I would like to thank my colleagues at the Namibian Police and all my bosses for giving me such an honorable send off when we left Namibia. I was escorted by the Namibian Police brass band to the plane and they played the Namibian and African Union national anthem right before I boarded the plane. I will forever treasure such good memories.

Can you give us a prediction for the fight?

(Laughs) I am up against a very tricky opponent so predicting it will be difficult, but let the best fighter on the night win. If he wins I will be the first to congratulate him, when I win I expect the same.

Anything in closing you want to say to your fans?

Thanks to everybody for the support. Tonight, Team Indongo will go watch the Lomachenko vs Marriaga fight live and on the 9th August, we will depart for Omaha for final preparations. This fight is dedicated to my late father and to everybody in Africa. 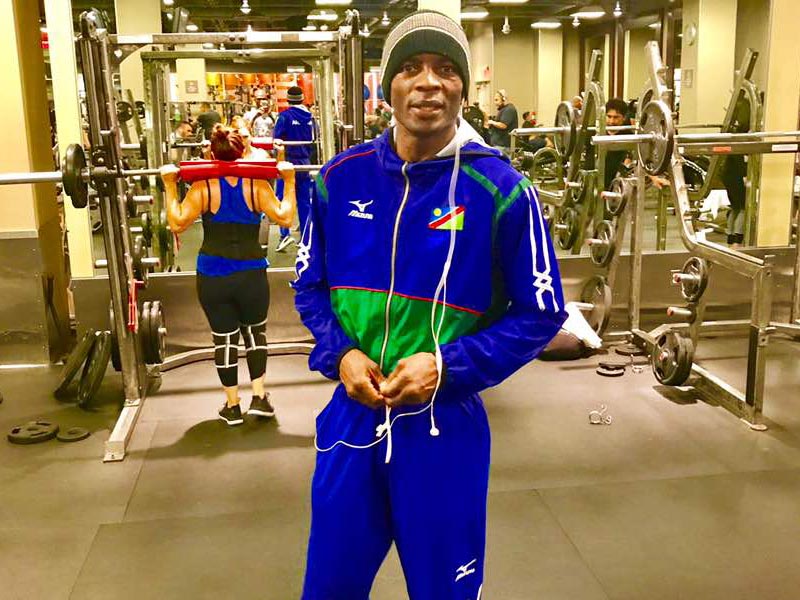