LAS VEGAS – Floyd “Money” Mayweather opened up the Mayweather Boxing Club on Thursday for a media workout ahead of his highly anticipated matchup against UFC champion Conor McGregor on Saturday, Aug. 26 in the headlining attraction of a SHOWTIME PPV event from T-Mobile Arena in Las Vegas. 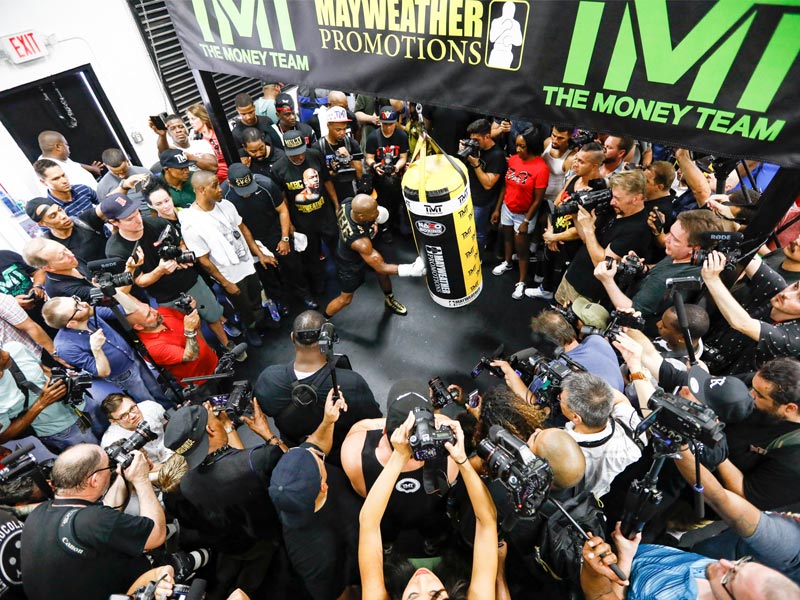 Joining Mayweather at the media workout were a trio of fighters competing under the Mayweather Promotions banner who enter the ring in undercard attractions on SHOWTIME PPV.

Here is what the participants had to say Thursday (Photos from Esther Lin/SHOWTIME & Idris Erba/Mayweather Promotions):

“I’ve been here before and I know what it takes. It’s my same old routine but I’m older now so I have to let the body rest a lot more. With age comes wisdom. When I was a lot younger I would just train and train and never let myself recuperate. When I come back from resting I come back rejuvenated and with a lot more spark.

“This isn’t just a fight; this is an event. We both owe the fans and everyone tuning in a lot of excitement. That’s what we’re there to give them. 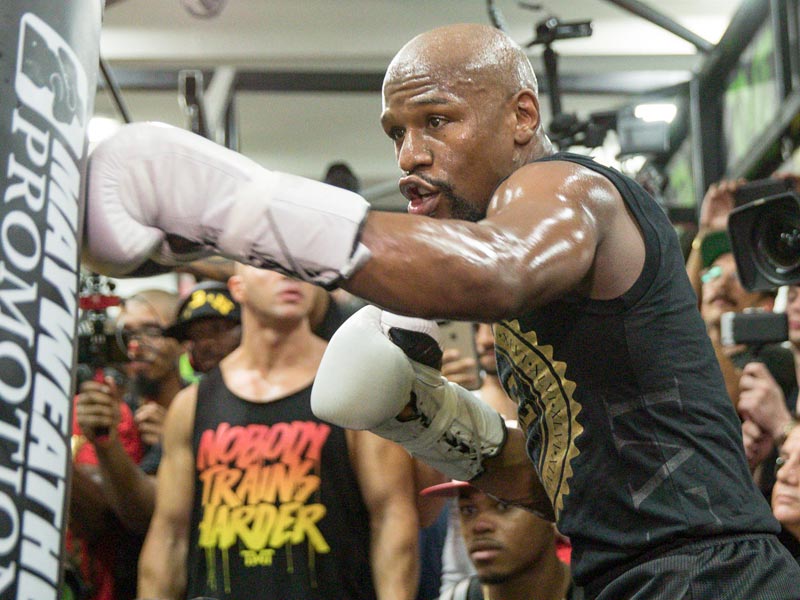 “When it’s all said and done it comes down to the two competitors. My dad can give me a brilliant game plan but he can’t get in there and fight for me. Same for Conor and his team. It doesn’t matter who the crowd’s rooting for, it’s two men in there.

“This training camp has been a lot different. I’ve spent some time in Miami and in Los Angeles training. I’ve been pushed really hard by the young guys in camp. I don’t need to post every workout video because I’ve been around this sport a long time and everyone knows what I can do.

“On paper we know he’s taller and has a long reach. He has youth on his side. People say that he has power on his side. I know that ring IQ and experience are in my favor. I have the fight knowledge on my side. We both have advantages.

“I know he’s going to come out and try to switch stances. He’ll come out southpaw then go the other way. But all that does is burn energy. Then I’m going to give him a look and give him some knowledge, and we’ll see what happens.

“Conor feels it’s not going to go past four rounds and I don’t think it’s going the distance. We’re both confident in our skills and we’ll see who gets it done. 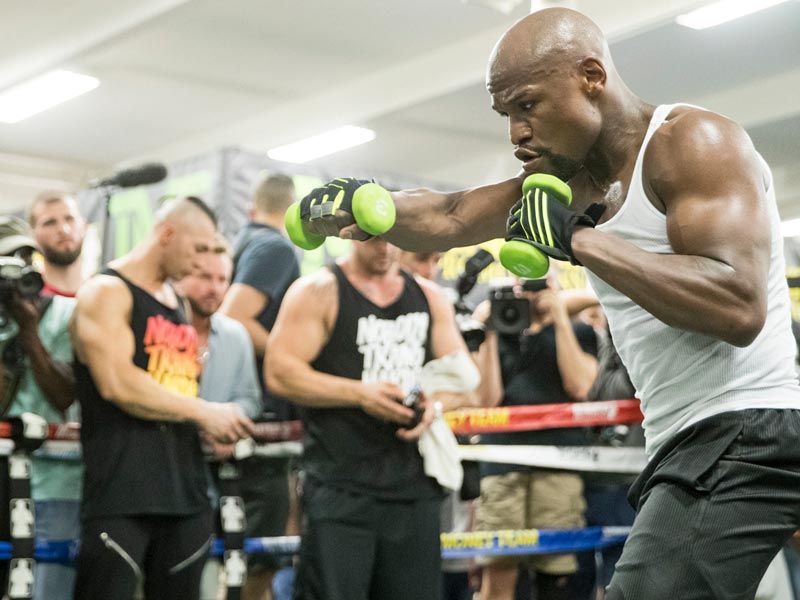 “My opponent is always confident, but it’s different being in there with Floyd Mayweather. They realize that this is real. But for me, it’s just another day. That’s the mentality that has allowed me to stay undefeated. 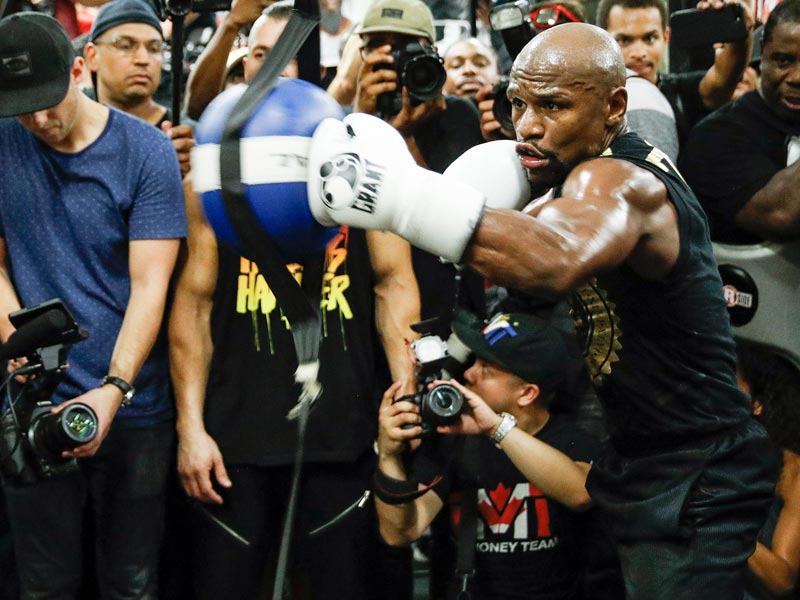 “It’s been great to be in a position as a promoter to give knowledge to young fighters. It’s one of my ultimate goals to take a young fighter and make them a household name. I want to take fighters to the next level.” 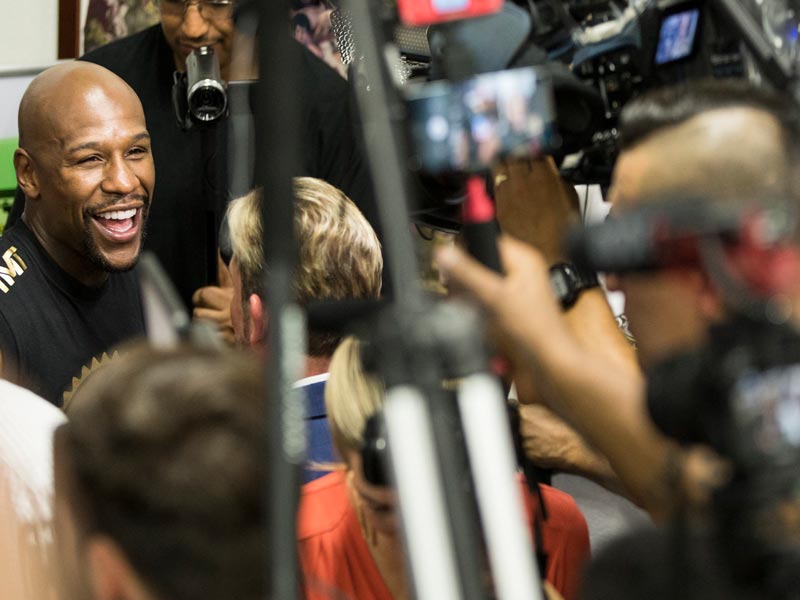 “I’m feeling great. Being in the same ring and on the undercard of Floyd’s fight is amazing. I’ve worked hard to get to this point and I’m ready to put on a great show on August 26.

“Training has been sharp. I’ve been stopping a lot of guys in training. I can’t wait to get in the ring and give the fans a big knockout. 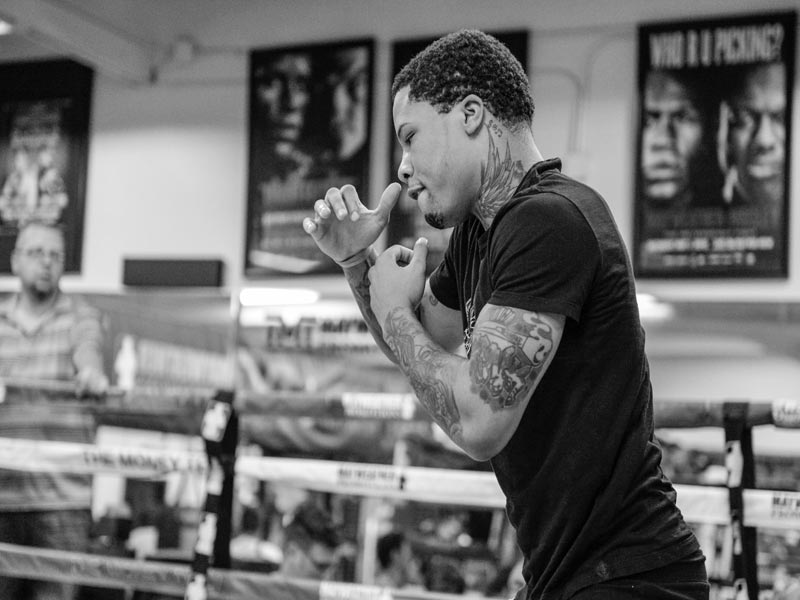 “Being on this card has been a big motivation in training. It feels great and I’m truly blessed to be in this position. I think the excitement that this card brings will be great for the sport of boxing. I’m ready to shine.

“I know I have a tough undefeated opponent who’s going to come in and try to take my belt and I have to take care of business. He has some decent power so I think it’s going to be an exciting fight. 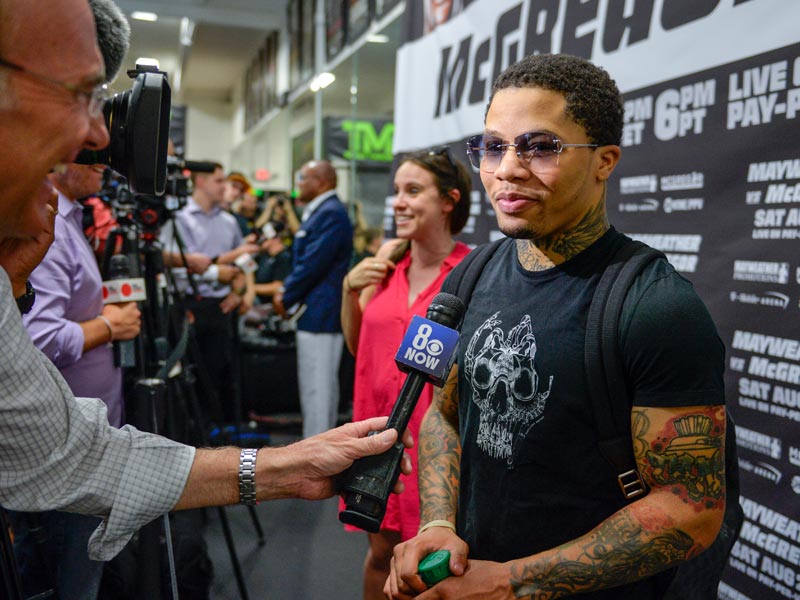 “I’ve accomplished a lot at a young age. It’s all because of the hard work that I’ve put in for my entire life. I don’t complain, I just keep working every day.

“I’m ready to take full advantage of this chance I have. It’s just one step on a long road I see to the top of this sport.”

“Everything is great in training camp. I’ve been in training for about seven weeks getting ready for this matchup. I’m excited and happy to be a part of such a big event.

“I think this weight is going to be better for me. I’m going to have more power. I’ll be more athletic and style-wise I prefer to fight bigger guys. I can use my speed, but I also like to go inside and break my opponent down. It’s harder if I have to chase them, but the big guys are going to be right there.

“Cleverly has a high work rate and he’s very tough. He’s going to come to fight. That’s what we want. It’s a good first fight for me at this weight. 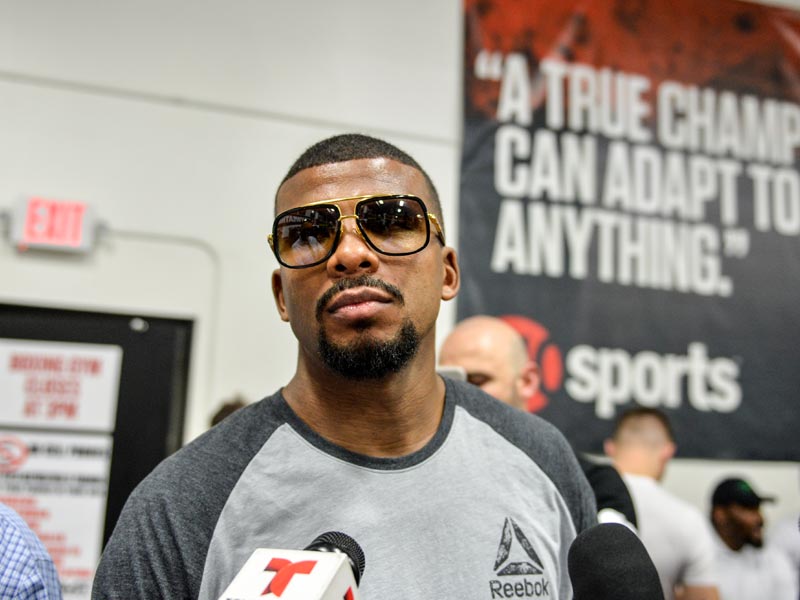 “I’m excited to work hard these next two weeks and get to fight night. He’s been in some good fights but I’m different than anyone he’s faced. I’ll show how my skills translate to light heavyweight.

“It’s really a blessing to be in this position. I’m happy because a lot of other fighters don’t get to be on this stage. I’m so thankful to my whole team. I won’t let the fans down and on August 26, I’m coming to steal the show. 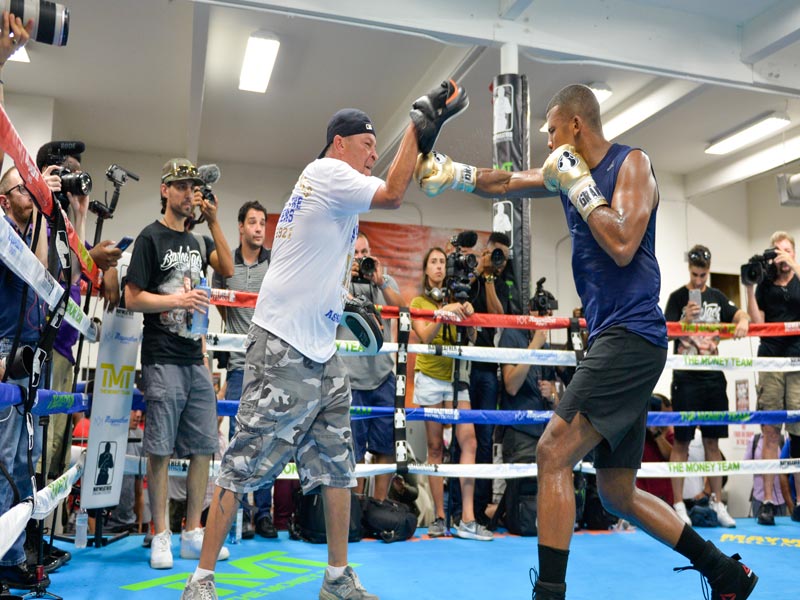 “I’ve done everything right to get to this point. It’s an honor to be in this position. I just have to take care of business.”

“This is a huge deal to me. Floyd Mayweather is the biggest star in boxing and to be a part of everything that’s going on is a dream come true.

“I was really happy when I found out that I’d be fighting on this card. There aren’t really words for how blessed I am to be in this position.

“This fight means a lot to me. This is a chance for me to become the American face of cruiserweights just like Steve Cunningham was. I’m taking this very seriously and I have great respect for Steve Cunningham, but this is my time to take it.

“I’m ready to be a fresh face in the cruiserweight division. I’m going to give it everything I have. I’m humbled by this experience and I’m going to take advantage of it.

“I can’t wait to open the show. There’s a little added pressure being at the beginning of the PPV but I’m going to embrace it and put on a great performance.”

“Floyd is a lot wiser now. He’s gotten smarter with age. He’s a young man who has an incredible vision and I have a great deal of respect for everything he’s done.

“The older you get, the harder it is to get things going in training. It’s taken Floyd a while to get in a groove, but he’s in a groove now.

“All of these records being broken are because of Floyd Mayweather. He’s been innovative and he always thinks outside the box. That’s why he’s had such tremendous success.

“We’ve been able to generate a great deal of interest in new avenues and bring Floyd to even more casual fans because of the boxing and MMA worlds colliding. This is going to be one of the biggest nights in sports entertainment history.

“Both guys are looking to knock each other out. I believe Conor McGregor when he says that he’s looking to knock Floyd out in the first four rounds. He hasn’t shown me anything to make me think differently. Floyd usually just goes and does his thing, but with some things that have happened recently, I think Floyd really wants to get him out of there.”