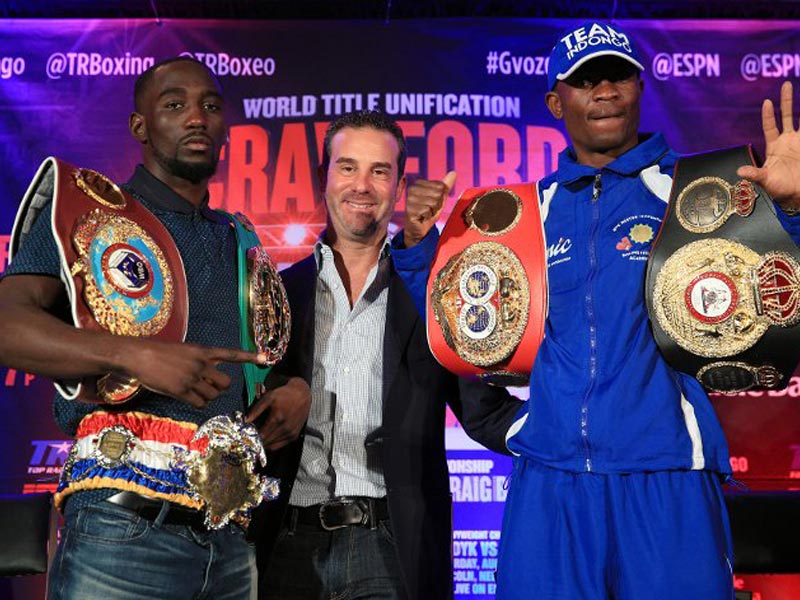 The rumble between Crawford (31-0, 22 KOs), from Omaha, the two-division world champion and 2014 Fighter of the Year and the holder of the World Boxing Organization (WBO), World Boxing Council (WBC) and The Ring magazine world titles, and Indongo (22-0, 12 KOs), from Windhoek, Namibia, the International Boxing Federation (IBF) and World Boxing Association (WBA) world champion, making his U.S. debut, will be televised live and exclusively at 10 p.m. EDT on ESPN and ESPN Deportes and stream live on the ESPN app. 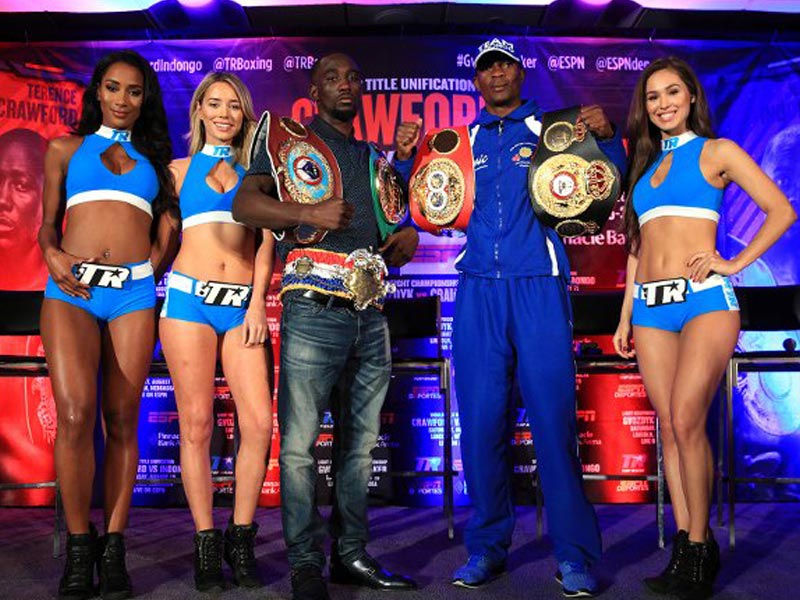 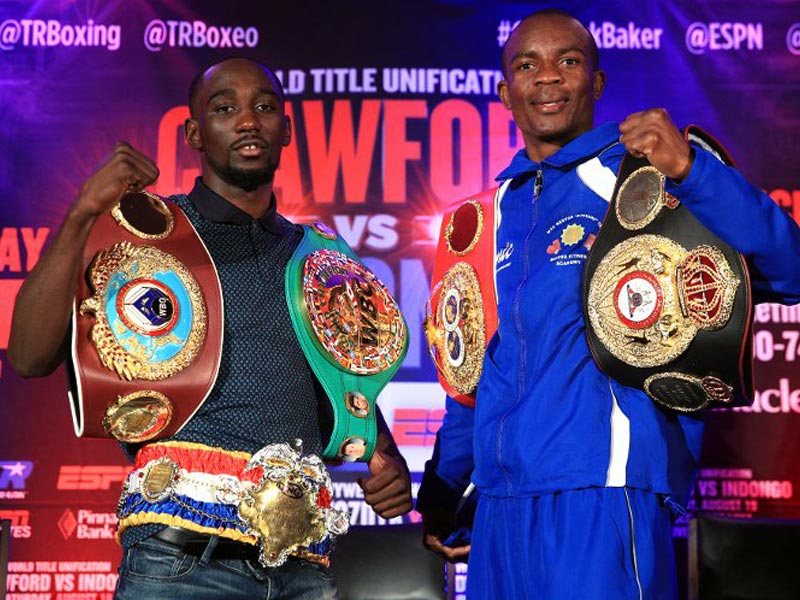 Gvozdyk, world rated No. 2 by the WBC, No. 3 by the WBA and WBO, and No. 5 by the IBF, risks his path to a world title shot against Baker, whose last five victories have come by way of knockout.  The telecast will also feature 2016 Olympic silver medalist SHAKUR STEVENSON (2-0, 1 KO), from Newark, NJ, in a six-round featherweight bout; against DAVID PAZ (4-3-1), of La Plata, Argentina.