The World Boxing Super Series (WBSS) is pleased to announce the seeding for the inaugural season of the Muhammad Ali Trophy, The Greatest Prize in Boxing. During tomorrow´s Draft Gala, the top four seeds will select their opponents from the four unseeded boxers. The live TV show (23:00 local, 5 PM ET) will be broadcasted in multiple territories and also be streamed live on www.WorldBoxingSuperSeries.com. 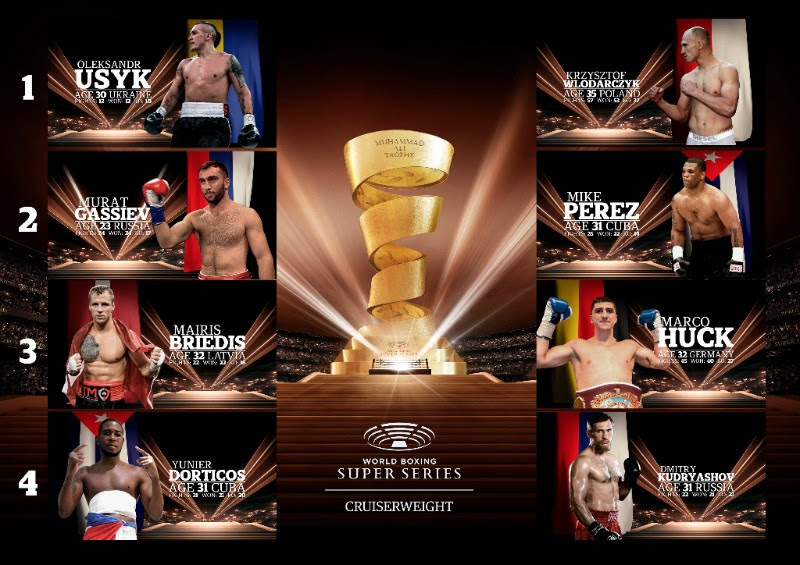 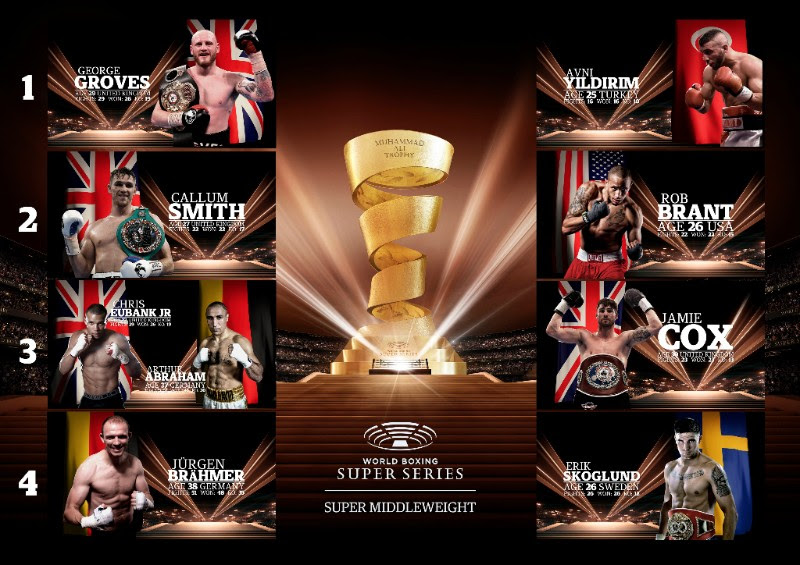 In the World Boxing Super Series, 16 elite fighters – eight super-middleweights and eight cruiserweights – will battle it out in a bracket-style elimination tournament. In both divisions, there will be four quarter-finals (September / October 2017), two semi-finals (early 2018) and one final (May 2018), making for a total of 14 high-class fights.

ABOUT THE WORLD BOXING SUPER SERIES

Organised by Comosa AG, the World Boxing Super Series will kick off in September 2017, featuring the Cruiserweight and Super Middleweight divisions. In each weight class, eight elite boxers will battle it out in a bracket-style elimination tournament, with four quarter-finals (fall 2017), two semi-finals (early 2018) and one final (May 2018). This makes for seven top fights per weight class, and a total of 14 fights in Season One to be staged in premier venues around the globe. The winners of the World Boxing Super Series will rightfully receive The Greatest Prize in Boxing, the Muhammad Ali Trophy. Please visit our website www.WorldBoxingSuperSeries.com for more information or follow @WBSuperSeries on Twitter, Facebook, or Instagram.