TORONTO  – The tension between boxing legend Floyd Mayweather and UFC superstar Conor McGregor boiled over into Toronto on Wednesday as the global stars continued their blockbuster World Tour to announce their Aug. 26 showdown on SHOWTIME PPV from T-Mobile Arena in Las Vegas.

Mayweather and McGregor met on Wednesday for just the second time, jarring toe-to-toe for more than three minutes in the initial faceoff in front of a largely pro-McGregor crowd at Toronto’s Budweiser Stage. 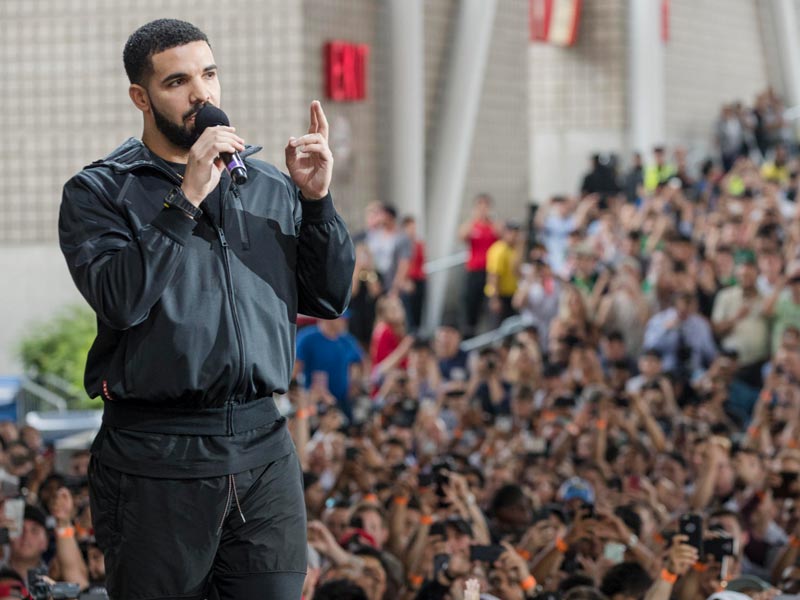 Multi-platinum and GRAMMY Award-winning recording artist Drake made a special guest appearance in front of his hometown Toronto fans “to witness history” for an event to celebrate what he called “the biggest fight in the history of fighting.”

After hearing McGregor once again promised to knock out a man that’s never been beaten, Mayweather challenged McGregor to put his money where his mouth is. 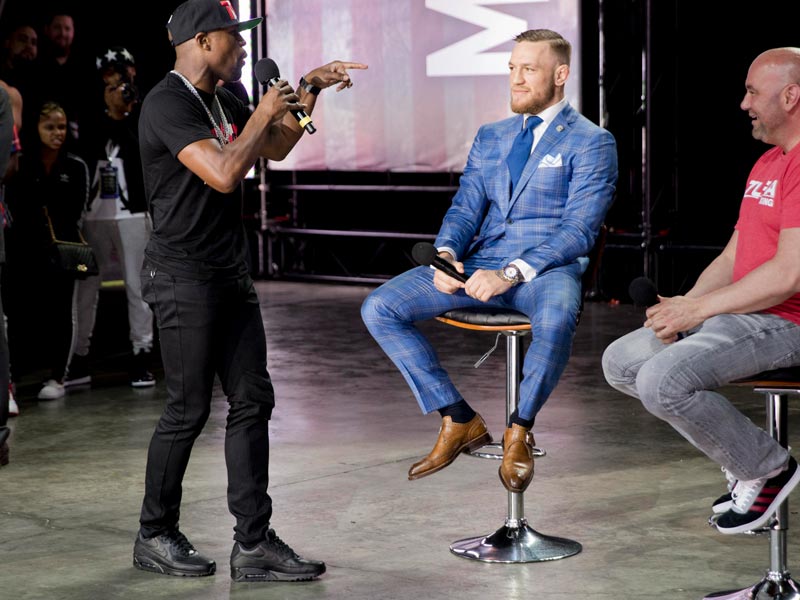 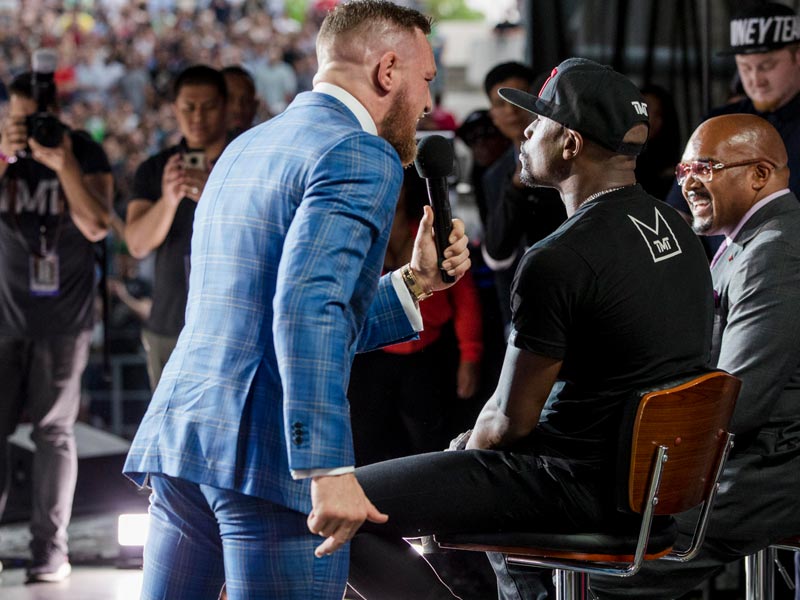 “One shot is all it takes,” promise McGregor.  “Check the facts – I bounce heads off the canvas.”

The Mayweather vs. McGregor World Tour continues Thursday at Barclays Center in Brooklyn and concludes on Friday at Wembley Arena in London.

Below are flash quotes from today’s event in Toronto:

“Turn the pressure up.  I don’t quit, I don’t fold under pressure.  I’m the best and I know I’m the best.

“I thrive in uncomfortable positions.  There is nothing these guys can do to phase me. Twenty-eight years of age, I’m getting fight checks and promoter checks.  When Floyd was 28, he was on Oscar De La Hoya’s undercard and that’s just facts.

“Toronto, what a city. I was here one time, I was also on a world tour.  I was also facing an unconquerable quest.  I was facing the best pound-for-pound fighter on the planet, Jose Aldo. They said the same things then as they’re saying now. They said I have no chance.  They said I’m in over my head.  They said [he] kicks too hard, too many weapons. The Irishman is going to fall short, he doesn’t stand a hope.  It took me 13 seconds.

“One shot is all it takes.  Check the facts.  I bounce heads off the canvas.

“He tip-tap-toes to a decision. He’s never fought a day in his life, he’s a runner.”

Floyd Mayweather vs. Conor McGregor is a 12-round super welterweight matchup that pits the legendary boxer Mayweather against the all-time MMA great McGregor in an unprecedented event that takes place Saturday, August 26 at T-Mobile Arena in Las Vegas.  The event telecast is produced and distributed by SHOWTIME PPV.

Check out the kick-off press conference at the Staples Center in LA here: https://www.boxingafrica.com/mayweather-vs-mcgregor-video-photos-crazy-quotes 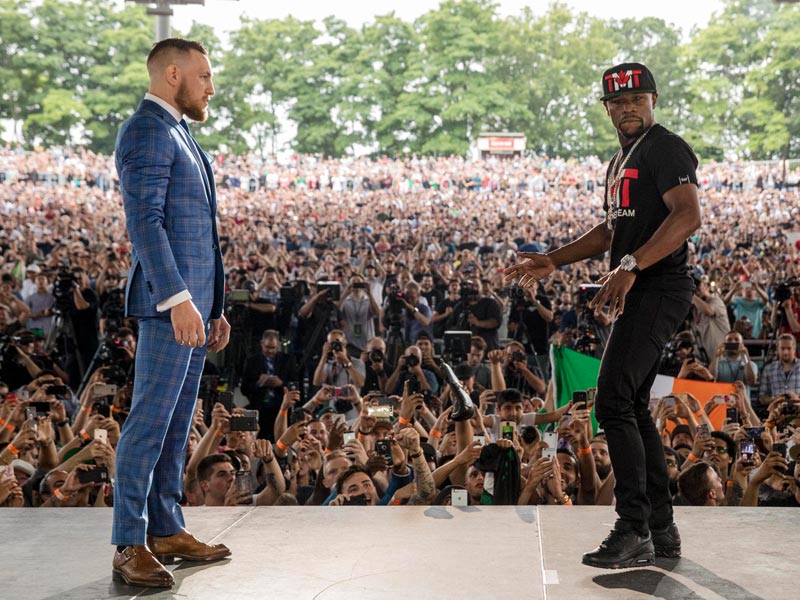 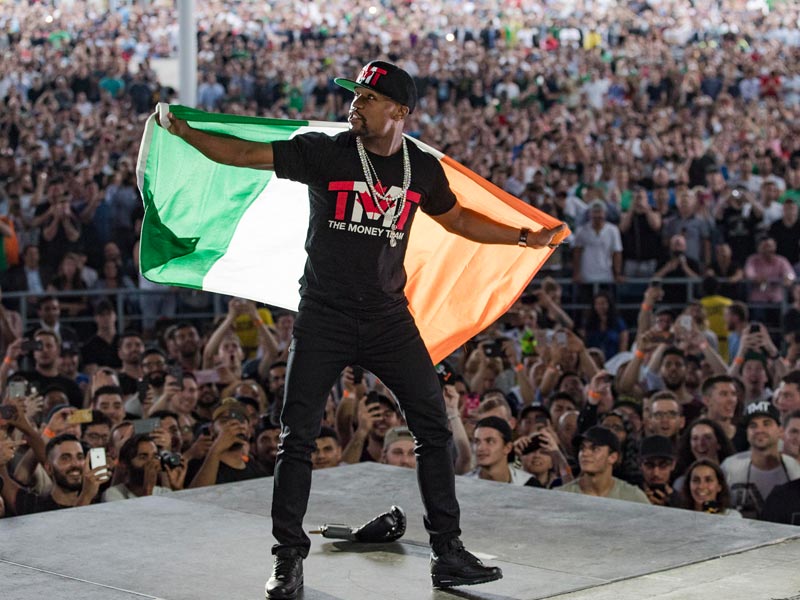 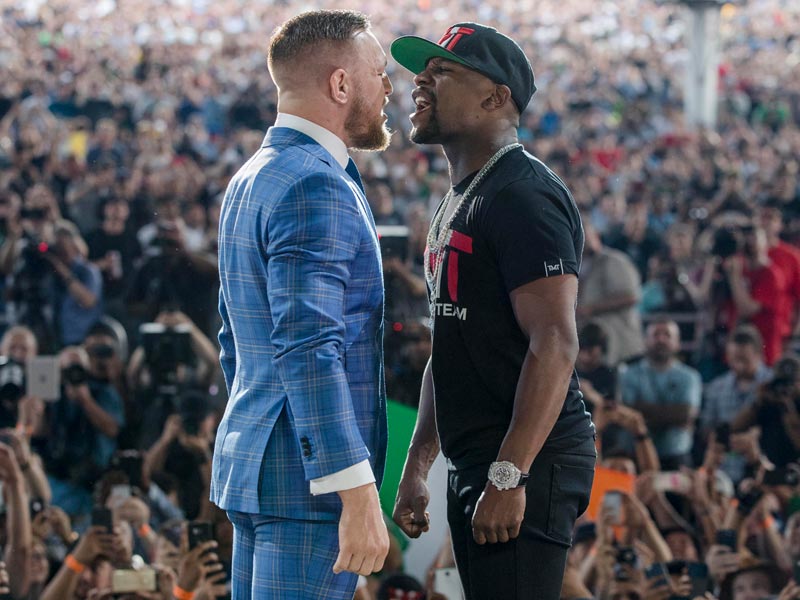