Isaac Dogboe is on a mission to carve out his own legacy, but his career thus far parallels another featherweight from Ghana.

“I was just beginning,” Azumah says. “But I went over to him and said, ‘I’m going to take your title soon.’ He laughed and walked away.”

Dogboe, 16-0 (10 KO’s), is following a similar path. He was 20-years-old and 4-0 when he met and sparred future WBO World super bantamweight champion Jessie Magdaleno.

“Those sessions were wars,” recalls father and trainer Paul Dogboe. “The first time they sparred, they stood in the center of the ring and neither fighter would move back. It was supposed to be a 10-rounder, but they stopped it after six. Afterward, [Magdaleno trainer] Joel Diaz said, ‘Oh my goodness! This kid reminds me of Azumah Nelson!’”

Diaz recognized the fighting spirit that flows through both the Nelson’s and the Dogboe’s. Nelson is a direct descendant of the Tabon people; seven families who were taken to Brazil as slaves. In 1829, they bought their freedom and returned to the land from where they were taken. 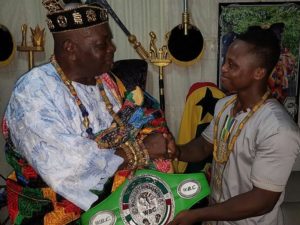 The Dogboe’s hail from the Klevi’s, the warrior clan of the Anglo-Ewe tribe. They are descendants of Torgbui Sri I, a royal family from the Volta region, hence Isaac’s “Royal Storm” nickname. In February, current king Torgbui Sri III met with Paul and Isaac, pledging full support and blessings to his “royal son.”

The Klevi passion run deeps in the Dogboe blood. Paul was a canvas paint artist and a veteran of the English Army reserve. When a 13-year-old Isaac came home with black eyes from being bullied at school, he switched his son’s pastime from soccer to fisticuffs. Paul didn’t just get Isaac involved in boxing, he immersed himself in it as well.

“I grew up in Bukom and had a lot friends who were into boxing, like former pro boxer James ‘Bukom Fire’ Armah,” Paul says. “I would go to the gym and watch. I followed ‘Bukom Fire’ around and studied any chance I got. When we moved to England, I went to the gyms there and worked with the coaches.”

The tiny seaside town of Bukom is a hotbed for boxing talent but Paul’s vision spread beyond its shores. He spent much of his spare time learning from old fights and trainers and then imparting it to Isaac.

“Being in the army taught me how to be a good parent,” he says. “I always tell Isaac that when we are home, we are friends. But when we are training, I’m playing my part so that he can do the same.” 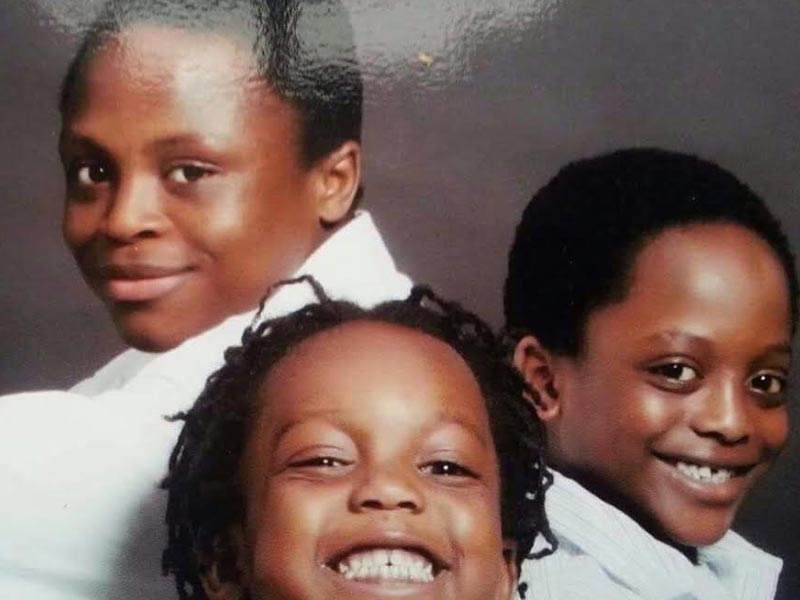 Part of their success is due to Isaac’s personality. The younger Dogboe doesn’t lack confidence but his humility and reverence for his father is imbedded in their family fabric.

“When Isaac came to Ghana, they thought he was soft,” Paul says. “That is always the perception when you come from overseas. We destroyed them all. And that’s how he made it to the Olympics.”

Dogboe was 17 when he represented Ghana at the 2012 London Games. In the first round of bouts, he lost a head-scratching decision to Japan’s Satoshi Shimizu.

Undaunted, the Dogboe’s remained in England and turned pro. After a victorious pro debut in Switzerland, Isaac worked as a sparring partner for future world champion Carl Frampton. During their tenure in the U.K., U.S. boxer James Toney came by the gym to watch Isaac spar.

“Toney was like, ‘This kid fights like me!’” Paul remembers with a laugh. “That’s how Isaac relocated to California. We had a few pro fights there.”

They also had memorable sparring sessions with names like Leo Santa Cruz, Oscar Escandon and of course, Magdaleno.

“It was great; being in a packed gym and making everyone ask, ‘Who is this little guy?’” says the 5’2”, soft-spoken Isaac. “Sparring all these world champions builds your confidence when you’re holding your own. When I do fight for a world title, I know that they can’t do anything to me I haven’t seen before.”

Isaac was 7-0 when the death of his grandfather compelled him to return to Ghana.

“There was a national champion in Ghana called George Krampah,” Paul says. “A tough, knockout specialist. Folks were saying this guy was going to beat Isaac. Isaac schooled him. Locals began to take notice.”

Those locals include past Ghanaian presidents such as Jerry Rawlings, a key figure in Azumah’s rise to prominence. Like Nelson, Isaac is poised to make waves in two divisions. Last December, he moved down to 122lbs., winning the vacant WBO International title with a seventh-round TKO over Julian Aristule in New Zealand. Dogboe was awarded the WBO 2016 African Boxer of the Year for his efforts. 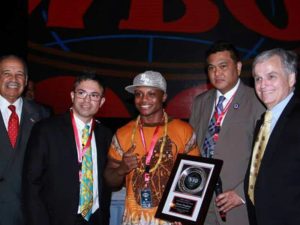 “After Aristule, it seems like everyone is running scared,” Isaac says. “That’s why we haven’t fought since. That will change on July 22. We’re going to open some eyes with our performance that day.”

That next opponent is a WBO world title eliminator versus Argentine Javier Chacon (25-3-1, 7 KO’s). With a win, Dogboe, already the WBO’s fourth-ranked super bantamweight, could face the WBO world champion next; none other than former sparring partner Magdaleno.

Ghanaians, however, are concerned that the 22-year-old Dogboe is being moved too quickly.

“Isaac is a good, humble kid,” Paul says. “He’s never changed his attitude or how he approaches the sport. We saw how he fared against world champions when he wasn’t even old enough to drink. And we continued to have success. All that made me understand that this kid is among the best. So, it’s not about moving him fast.”

Veteran Chacon has fought for a world title twice before, most recently in 2014, when a dislocated shoulder forced him to bow out in the tenth round of a closely-contested fight with Jamie McDonnell.

“Chacon is experienced but experience can only take you so far,” the younger Dogboe declares. “There comes a time when these experienced boxers have to step aside for the young fighters to blaze through.”

“Chacon is like a bull; he comes to fight,” he continued. “I’ll be the matador in the ring. I can stand and fight and I can move so skills pay the bills and strength bows down to wisdom. I’m looking forward to displaying my skills and knowledge.”

A capacity crowd is expected for the bout in Accra’s Bukom Boxing Arena. A world title shot beckons but becoming the next Azumah Nelson—or the first Isaac Dogboe—isn’t just about donning a strap around the waist.

“Representing Ghana means everything to me,” Isaac says. “We are now close to bringing her a credible world champion, but our plan is greater than this. Not by my might or my strength, but by the plan God has given us. We will restore Ghana’s lost pride in the sport.” 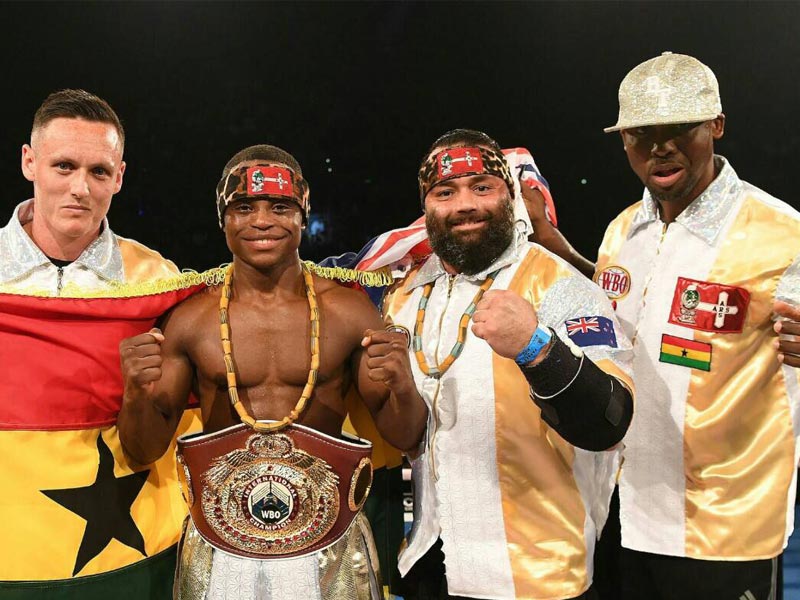