A matchup between exciting former world champions Omar “Panterita” Figueroa (26-0-1, 18 KOs) and Robert “The Ghost” Guerrero (33-5-1, 18 KOs) headlines an action-packed night of Premier Boxing Champions on FOX and FOX Deportes on Saturday, July 15 in the first boxing event at the newly-renovated NYCB LIVE, home of the Nassau Veterans Memorial Coliseum. Televised coverage begins at 8 p.m. ET/5 p.m. PT from the first boxing event at the Coliseum since Mike Tyson headlined in 1986. 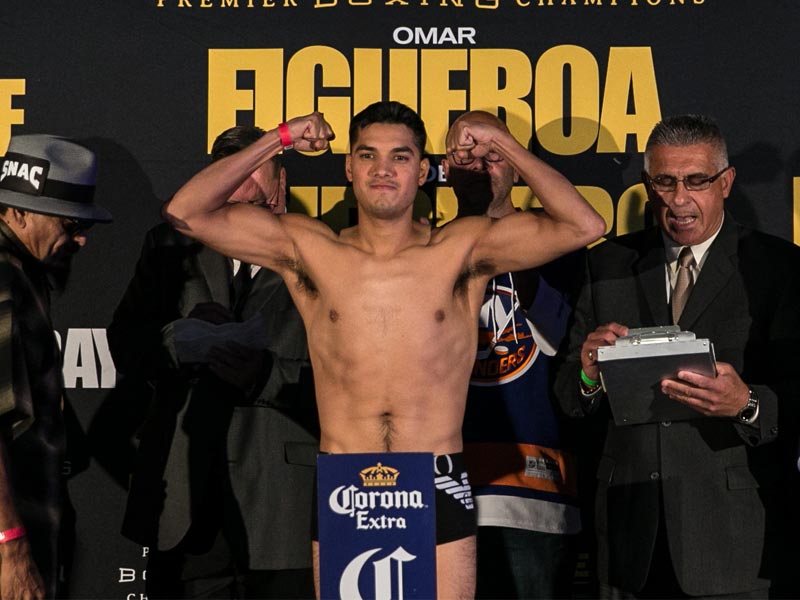 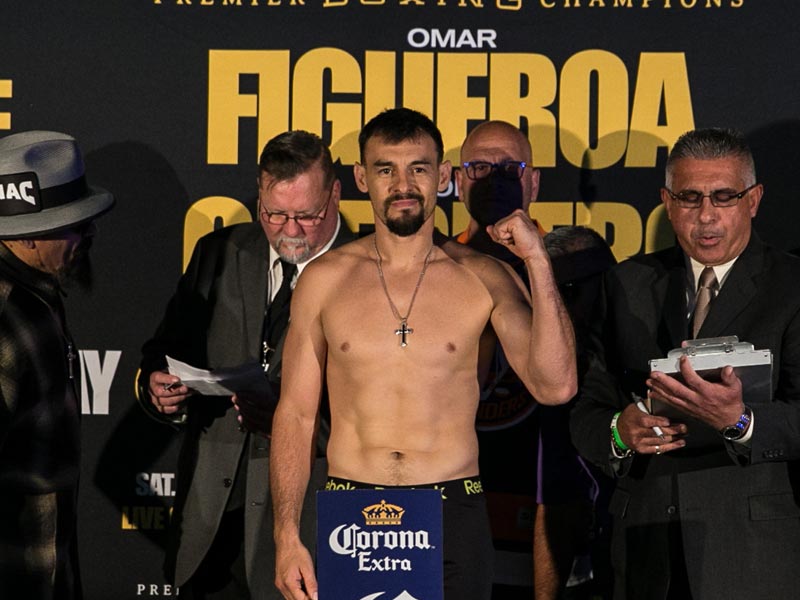 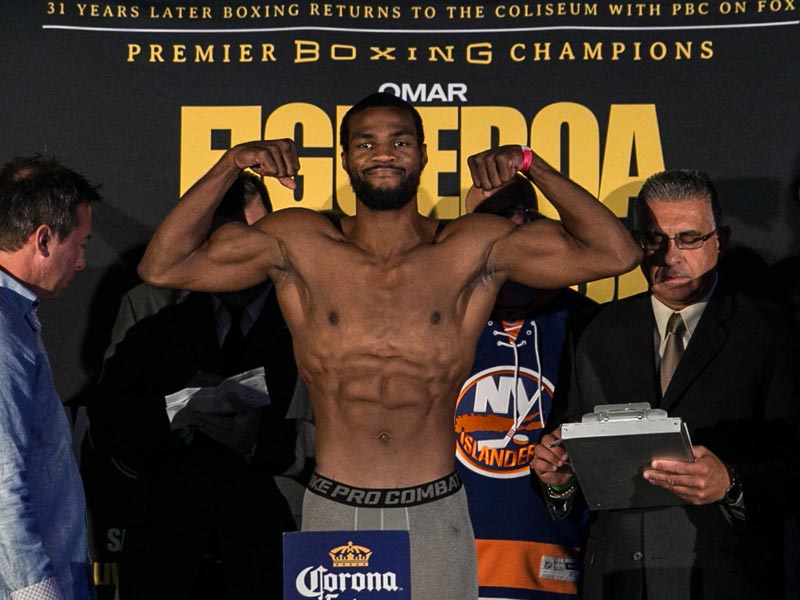 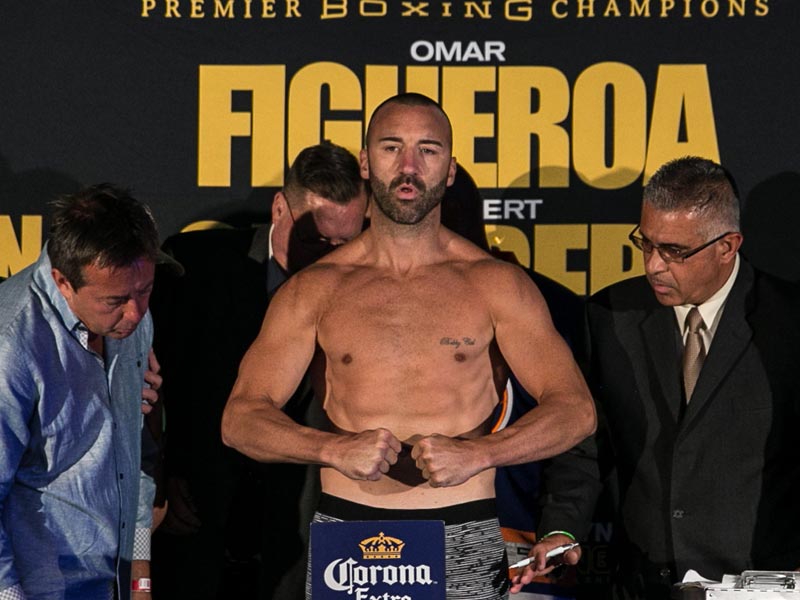 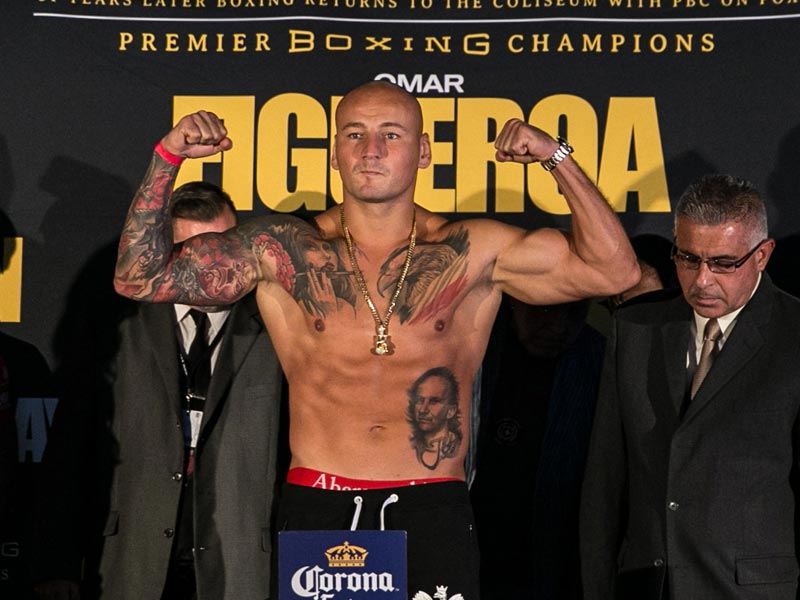 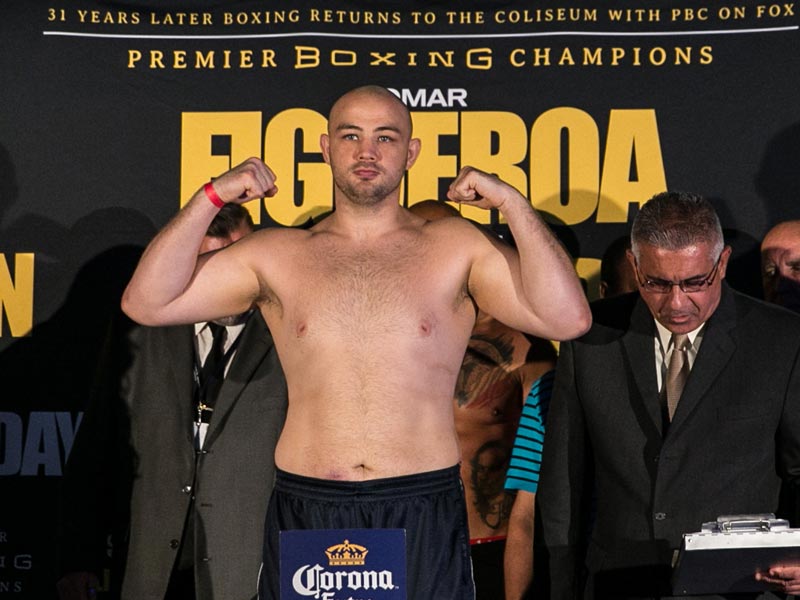 Tickets for the live event, which is promoted by DiBella Entertainment, start at $50 (not including applicable fees) and are on sale. Tickets can be purchased online by visiting www.ticketmaster.com, www.nycblive.com, or by calling 1-800-745-3000. Tickets are also available at the Ticketmaster Box Office at NYCB LIVE beginning Friday, May 26 at noon. Group discounts are available by calling 516-231-4848.

A high volume puncher with an exciting style, Figueroa has returned to training with Joel Diaz in California leading up to this fight and looks to make his presence felt on July 15. Representing Weslaco, Texas, Figueroa is undefeated since turning pro in 2008 and won a lightweight world title by defeating Nihito Arakawa in a 2013 Fight of the Year standout. He followed that victory up with successful defenses against Jerry Belmontes and Daniel Estrada. The 27-year-old most recently defeated former world champions Ricky Burns and Antonio DeMarco in his last two outings.

Born and raised in Gilroy, Calif., Guerrero is always in exciting contests having gone toe-to-toe with Danny Garcia in a FOX main event in 2016 and Keith Thurman sandwiched around a hard fought victory over Aron Martinez. Prior to 2015, the 34-year-old picked up victories over Andre Berto, Secluk Aydin and Michael Katsidis while winning world titles in multiple divisions. The brawling warrior has been in several “Fight of the Year” candidates throughout his career, including a memorable brawl in Southern California with Yoshihiro Kamegai in 2014, and he also challenged former pound-for-pound king Floyd Mayweather in 2013. 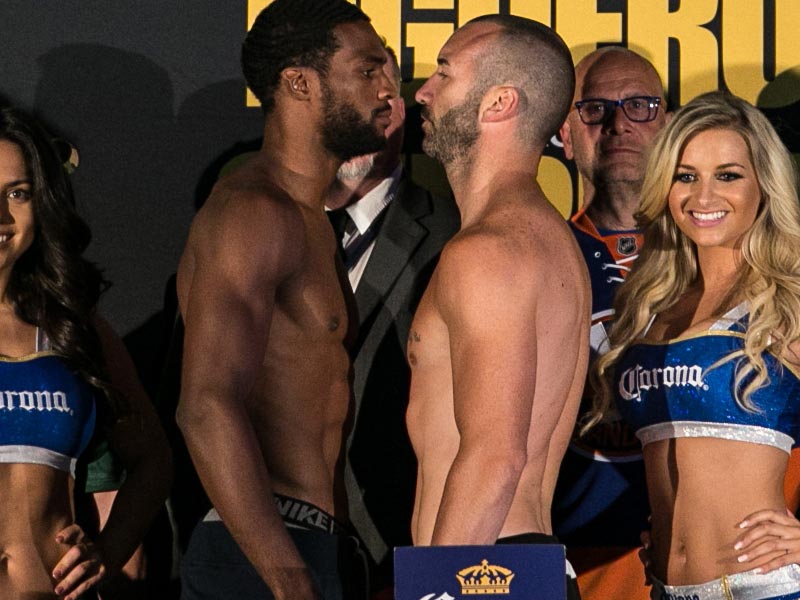 The undefeated Browne enters this fight after an electrifying performance in February that saw him drop former title challenger Thomas Williams Jr. before knocking him out in round six. The 26-year-old defeated previously unbeaten Radivoje Kalajdzic in April 2016 after a big 2015 that saw him defeat veteran contenders Gabriel Campillo, Aaron Pryor Jr., Francisco Sierra and Cornelius White. The 2012 U.S. Olympian fights out of Staten Island, New York after an exceptional amateur career that saw him win the 2012 U.S. Amateur Championship at light heavyweight. 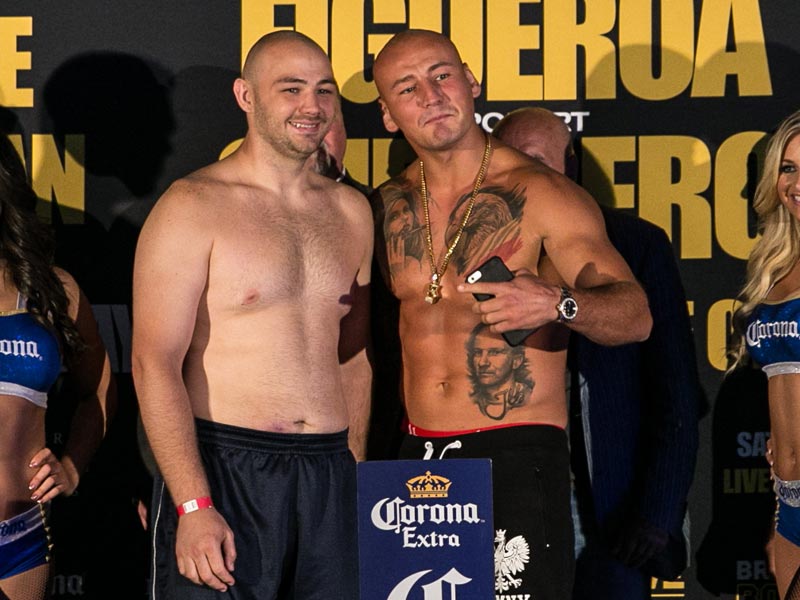 One of the most popular fighters representing Long Island, Monaghan looks to solidify his first world title shot when he faces Browne on July 15. Monaghan competed in the 2009 New York Golden Gloves before turning pro, reaching the final before dropping a memorable contest to fellow Long Island-native Joe Smith Jr. He has yet to taste defeat in as a professional while battling a slew of veterans eager to test his championship mettle. Monaghan added two more victories in 2016 as he stopped Janne Forsman in five rounds and beat Fernando Castanedo in December.

The always entertaining Szpilka returns to the ring after a defeat at the hands of heavyweight world champion Deontay Wilder in 2016 as he attempts to get back on the path towards world title contention. The aggressive-minded 6-foot-3 Szpilka, had a four-fight win streak entering the Wilder bout as he picked up a 10-round unanimous decision over former cruiserweight world champion Tomasz Adamek in 2014 and stoppage victories over Yasmany Consuegra, Manuel Quezada and Ty Cobb in 2015.

A two-time New York Golden Gloves champion, five of Kownacki’s last six victories have come at Barclays Center and he now hopes to bring that winning mindset to the Coliseum. Originally from Poland but now living in Brooklyn, Kownacki stopped previously once-beaten Joshua Tufte in January of this year after 2016 saw him earn a stoppage of Jesse Barboza in June and a decision over Danny Kelly in January. He will take on the toughest test of his career in his countryman Szpilka.