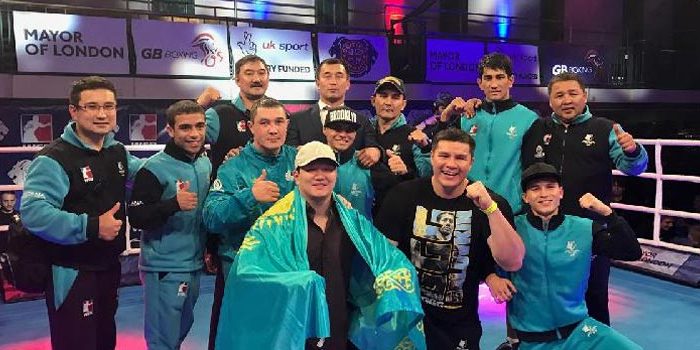 ASTANA – The Astana Arlans and Cuba Domadores, the two most decorated teams in the series, will contest July 15 for the World Series of Boxing (WSB) champion’s title. The final match of the seventh season will be hosted in Astana Arena during EXPO 2017 and welcome fans from throughout the world.

The contest will also have a new format, with bouts in all 10 weight categories to be held in one day.

“This summer, Astana has become a gem of cultural events and this fact played a role in choosing the venue for the WSB finals. The brand of ‘Astana’ promotes the image of the capital and Kazakhstan in the world of sports and this explains the decision to hold the final match of the WSB with the participation of our boxers in Astana. Of course, we should thank the WSB for entrusting us with becoming the organisers of the final match,” said Astana Presidential Professional Sports Club Executive Director Amanbek Kulchikov.

“During preparation for the finals, we negotiated with the Kazakhstan Boxing Federation and the Combat and Strength Sports Confederation and reached complete mutual understanding on hosting the event. The organisation of the WSB finals is our joint work, because we were united by one goal of developing boxing in Kazakhstan and a worthy image of the country. We worked well with these organisations and I am sure that the WSB final in Astana will be held at a high level,” he said.

According to Arlans’ head coach Nurlan Akurpekov, the team is planning to involve boxers from the national team. The line-up will be decided later.

“We were quickly going to our goal and now we are in the finals. The guys did a great job. They gave it their all and met the expectations. We have an important fight ahead. We have been waiting and training hard for it. The Cubans are no doubt worthy opponents and we shouldn’t underestimate them. However, our athletes proved in regular matches that they have a strong will to win and they are ready to show it again in the final match in Astana,” he said.

The Astana Arlans have made it to the WSB finals four times and became the absolute leader of this season’s regular matches. In their Asia geographic group, the Arlans were in the so-called “group of death,” which includes Russia’s Patriot Boxing Team, the Uzbek Tigers and China Dragons. These franchises feature some of the strongest representatives of amateur boxing and Kazakh boxers lost only once in an away match with the Tigers. In the semi-finals, the Arlans beat the British Lionhearts, while the Domadores defeated the Colombia Heroicos. Now, the two strongest teams will meet in the finals.

WSB is a league where the world’s best amateur boxers compete in teams without headgear and use the scoring system of the International Amateur Boxing Association (AIBA). According to the WSB website, the appearance of the league “reunited the broader boxing world and its grassroots amateur foundation by providing a bridge between Olympic Boxing and a future professional programme within the AIBA family.”

AIBA wholly owns WSB. All WSB boxers are registered with AIBA and all referees and officials working WSB matches are specifically certified for the competition. Franchises have a national identity and are formed by national federations. Teams are allowed a quota of overseas boxers: a maximum of eight and no more than three of the same nationality.