The break that Figueroa took saw him embracing his Weslaco, Texas home, which sits right on the border to Mexico. It was a reset that had been coming for a fighter who fought in both Mexico and the U.S. as an amateur before turning pro after his first semester in college.

“Boxing is a very jealous sport. You do it 100% or you don’t do it at all,” said Figueroa explaining his 18-month break from the ring. “After my last fight I felt that I needed a break – time to be a father, a son, a brother and a friend. I needed the time to heal my body, mind and soul. I fought with broken hands, I fought world-class athletes; having fought since I was 6, I wanted to take a break and just be human. So I took a year off to heal from the injuries, be with my family and friends, be a father and just be me.”

It’s a break that Diaz, who Figueroa first trained with three years ago, agrees with. The two made a plan during his break to have the young fighter come from his Weslaco, TX home to California for an extended training period in preparation for his next fight, as well as set up his camp.

“It’s necessary to take time off,” said Diaz. “Sometimes fighters work too hard in training or in the action that they bring to the fights. Omar is the type of fighter that brings a lot of action to his fights and it takes a toll on his body. He’s an all-out fighter so he needs that time off to recuperate and restart himself. This break in his body and mind helped him recover from that strain so that he could come back and start fresh again. ”

Figueroa faces a tough opponent in Robert Guerrero when he steps back in the ring. Not only is Figueroa fighting above his normal weight-class, but he’s also fighting a former world champion across multiple weight-classes known to be a tough and cunning opponent.

“Guerrero is one of the toughest challenges for any boxer. He is a tough fighter, he doesn’t back down and he doesn’t quit,” said Figueroa. “You have to go into the fight knowing it’ll go the full 12 rounds and there won’t be any easy moment in the fight. But I’m prepared for that, it’s what I’ve been training for and it’s who I am.

“I’m excited and grateful to be part of bringing boxing back to the Nassau Veterans Coliseum and I plan to set a high standard. When you have fights in this arena, you know they are going be memorable,” added Figueroa.

See below for additional quotes from Figueroa and Diaz:

On changing camp to Indio, CA and working with Joel Diaz:

“January 1 I was back in the boxing mode. Training, running, focusing on diet and getting ready and into camp. The break has given me more focus and the opportunity to change my camp up.

“I am back training with Joel Diaz in Indio, CA and have been going back to Texas to see my family. My dad will always be my father and a big part of my career, but I felt that when I ended my break, I wanted to change my program and go back to Joel. This is our first fight back and I’m looking forward to it in many ways.”

“My health and the time training have been great. I’m getting more and more excited for the fight as I’m getting prepared for it. It’s on my mind.

“I’m older, I’m wiser, I have been through this before and know what not to do. It’s the wisdom that comes with experience.” 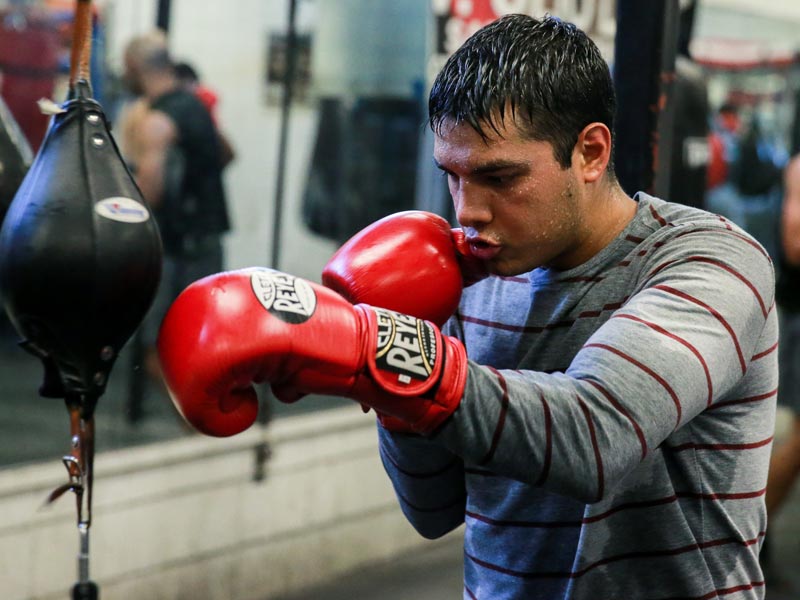 On taking time off:

“It bought me the tranquility and peace of mind that I’m good, I’m healthy, I’m ready for this. This is what I want. I was missing this. I’ve never been more mentally ready for a fight than now.”

“I don’t plan ahead; I don’t look to next fights. I look at the now and think about future fights after this one. I want to make sure I’m healthy.

“I don’t get ahead of myself with boxing. I am a boxer, a former world champion, I love and believe in the power of this sport, but I don’t let it rule my life.”

On training with his brother, Brandon Figueroa, in Indio:

On fighting for the first time in New York and his expectations:

“This is my first time fighting in New York, I expect the New York crowd to be ready for a good fight, because that’s what they’ll see from me.

“I want to be known for good shows. It’s what we get paid to do as fighters. I showcase the technical side of boxing and add a lot of entertainment behind how I fight, so that’s what the fans get.” 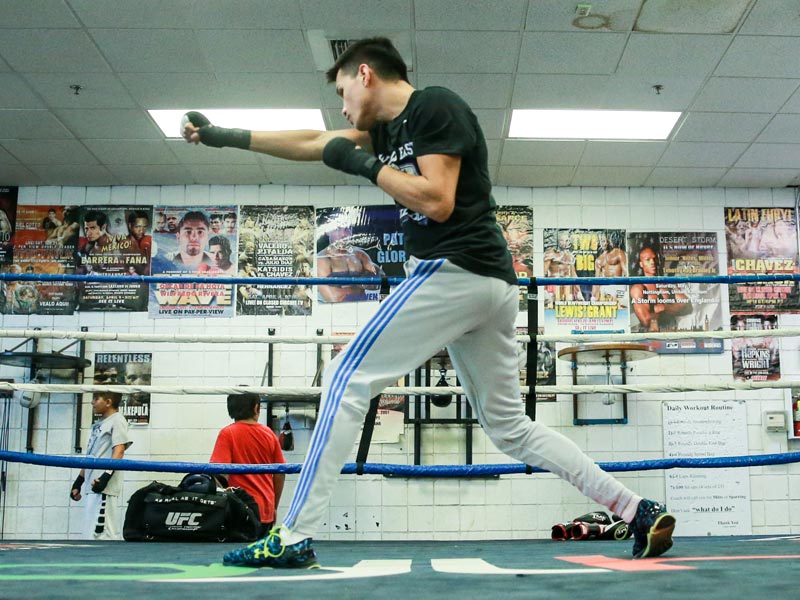 The role that Mexico, Texas and California play in his career:

“I feel like I get the best of all the worlds. I love Mexico – I go there all the time; I plan to go there after the fight. I love California, it’s taught me a lot, the people, the culture, the boxing here is phenomenal; and obviously Texas is where I grew up and it’s made me who I am.  I love the opportunities that I get and the things I get to do, who I get to do it with and where I get to do it. ”

“Training camp has been going great, we’ve had no problems like we have had in previous camps with injuries. His hands are healthy, his weight is good and overall he’s healthy. I think the layoff he took helped him a lot, he wants to get back in it and you can tell he’s motivated. It’s a great camp, great atmosphere and that’s what matters.”

On what he’s focusing on:

“Omar Figueroa is a fighter. He’s never going to change. My job is not to change him but make him better. He has a unique style that shows to everyone he’s a very effective puncher and it’s my job to get him in the right condition so he gets hit less, because he’s a risk taker. You wont see much change on the style, you’ll see the same action Omar that people want to see.”

On training both brothers

On his role as trainer:

“It took me years of hard work and effort, and now that I’m here I have to work harder, keep my same values and work to stay there.”

Premier Boxing Champions on FOX & FOX Deportes is headlined by a matchup between exciting former world champions Omar “Panterita” Figueroa and Robert “The Ghost” Guerrero on Saturday, July 15 in the first boxing event at the newly-renovated NYCB LIVE, home of the Nassau Veterans Memorial Coliseum. July 15 will also be the first boxing event at the Coliseum since Mike Tyson headlined in 1986.