LANCASTER, CA. (June 7, 2017) – Former world champion Brandon Rios hosted a large contingent of media at Ten Goose Boxing Gym in Van Nuys, California Wednesday as he prepares for his ring return this Sunday, June 11 against Mexico’s Aaron Herrera in the main event of a Special Edition of Premier Boxing Champions on FS1 and FOX Deportes live from The Pioneer Event Center in Lancaster, California.

Tickets for the live event, which is promoted by TGB Promotions, are priced at $30 and are on sale now. To purchase tickets visit the Pioneer Event Center’s website: www.uavpec.com

Here is what Rios and his trainer had to say Wednesday:

“I’m just ready to get back to the top. I know that I have to climb the ladder and that’s what I’m here for.

“When I said that I was done, I was done. Eventually though I started getting that urge again, to get on that stage and perform on TV. My wife told me that if I wanted to fight again, I had to come back dedicated.

“It’s really cool to be fighting right after the Mexico vs. USA match. I’m a Mexican-American but I live in the United States so it’ll be USA vs. Mexico in the ring as well when I face Herrera.

“I know that I have a very skilled, tough opponent. He’s working with Juan Manuel Marquez and he’s very experienced. He’s faced some really tough opponents. It’s going to be a good fight to get back in the ring with.

“I felt like I needed a new voice in my corner. There’s nothing against (former trainer) Robert Garcia, I respect him and he got me to where I am today, but I felt like I got too used to that situation.

“I told (Rios’ trainer) Ricky Funez that I wanted to come back and have him train me and thankfully he was excited to work with me. We started working really hard and we took some time to get to know each other more and more.

“I Googled ‘Southern California boxing trainers’ and Ten Goose Boxing and Ricky came up, and I decided to hit him up. So I direct messaged him on Instagram and the rest is history.

“I feel like I’m in really good shape after working with a nutritionist for the first time. My nutritionist is with me 12 hours a day and it’s had me feeling great heading into this fight.

“I’ve always been a brawler, but I’m capable of boxing, especially with my inside game. The way I can deflect punches is a strength.

“I’m just ready to get back to the top. I know that I have to climb the ladder and that’s what I’m here for.”

“Training Brandon was a good challenge for me but he has been disciplined from the very start. I laid it all out for him from the beginning, I just wanted a good response from him and he said he’s going to work hard.

“A lot of people said that he was done, and that motivated me. I’ve seen Joe Goossen bring fighters back like Diego Corrales and he’s my mentor in this sport. I’m working hard to push Brandon and get him to that level.

“Brandon is a stubborn fighter but he really does listen. He has a lot of tools and I think you’ll see that he hasn’t lost anything in that ring on Sunday.” 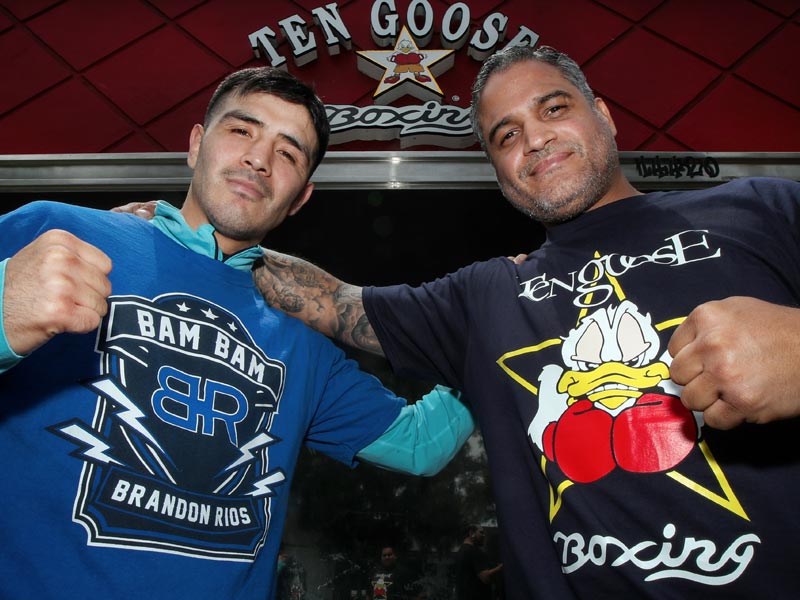