(28-1, 17 KOs) had a successful homecoming in front of a nearly sold out crowd as he defended his WBC Featherweight World title with a seventh-round stoppage against the very tough, strong-willed Columbian Oscar Escandon (25-3, 17 KOs) in the main event of SHOWTIME CHAMPIONSHIP BOXING.

Russell Jr. took control of the action from the outset, peppering the shorter Escandon at will and dropping him in the third.

However, the brave Escandon fought his way back into the fight in the fourth and fifth stanzas, but Russell stormed into the seventh, battering the hurt Escandon and dropping him early, causing referee Harvey Dock to stop the fight at the 0:59 mark of the round (Click here to watch the TKO: https://www.youtube.com/watch?v=VkcwxcFtgi8&feature=youtu.be).

About the victory, Russell Jr. said, “First and foremost, I want to say happy birthday to my father. Secondly, I’d like to tell all the fans that came to support me: I love you all. Thank you.

“I fought a tough competitor. I knew Escandon wanted to come and bring his best. I knew he was going to come forward. I was ready for him. We are warriors.

“I’d love to unify against all the other guys in the featherweight division. I’d like Leo Santa Cruz, Lee Selby, Oscar Valdez.”

About the knockout loss, “I was getting my rhythm going and I felt like Gary was getting tired. I didn’t see him coming with the big punch he threw at the end and that was it. I went down and was hoping to get a 10 count, but the referee didn’t give it to me and he stopped the fight.

“I knew that Gary was going to go fast from the first to the fifth round and it was part of my strategy to let him do that and get tired. It didn’t work unfortunately.

“Now we need to go back to the drawing board to rest and see what my manager has planned for me.”

“We prepared fully for Mr. Escandon. We knew he was going to do what he did – come forward. I don’t want to diminish or take anything away from Mr. Escandon. He really is a hard, rough fighter. Throughout the course of the fight, I instructed Gary to hit him with some good shots. Some hard shots. It is a brutal sport.”

Co-featured on SHOWTIME CHAMPIONSHIP BOXING in a 12-round clash for the IBF Interim Super Middleweight Title, Flint, Michigan’s Andre Dirrell, (26-2, 16 KOs), was declared the winner after round eight as Jose Uzcategui, (26-2, 22 KOs) of Merida, Venezuela, was disqualified for a punch after the bell sounded to end the eighth round. Read the full story here: https://www.boxingafrica.com/dirrell-uzcategui-marred-controversy 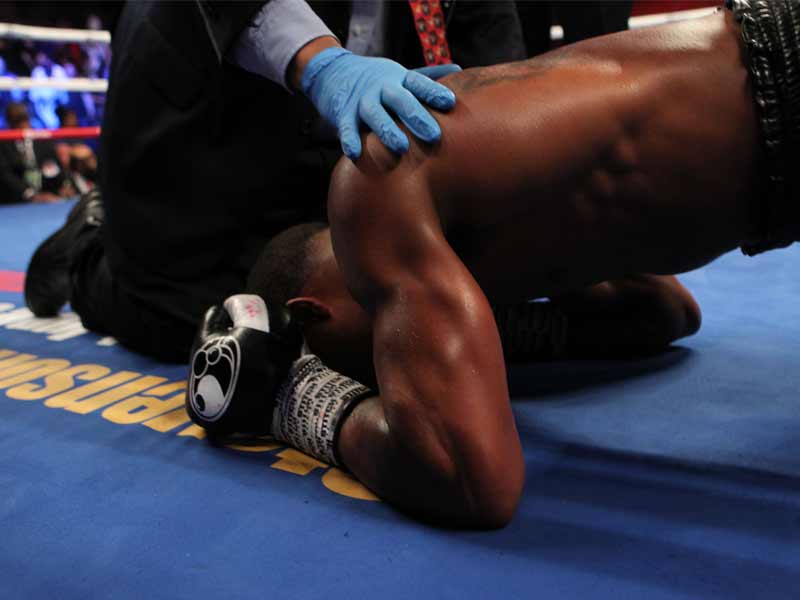 The opening two rounds of the fight featured excellent action with both fighters attempting to impose their will.  In the third round Relikh suffered a low blow resulting in a two-minute delay, however, no point deduction was made by referee Kenny Chevalier. Following the low blow, the shorter Relikh became much more aggressive.

With the undefeated, blue-haired Barthelemy switching stances often in the fourth stanza, he was able to score at will against Relikh. 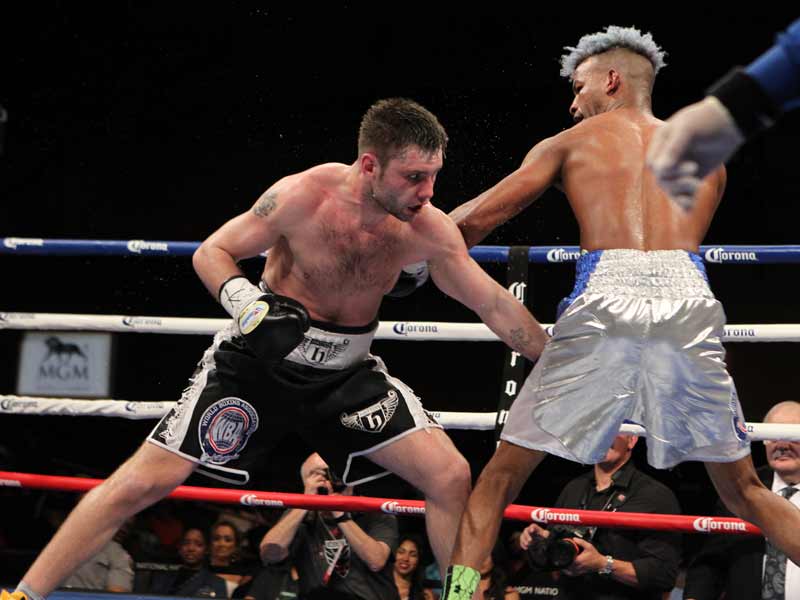 However, Relikh came out charging in the fifth, battering away against Barthelemy who was caught against the ropes and scoring a knockdown when the ropes held the Cuban up from a barrage of hard punches.

Recovering nicely in the sixth and seventh, Barthelemy badly hurt Relikh with a multitude of body shots from both hands.

In the eight round Barthelemy truly turned the tide for good in the ninth, drilling Relikh to the canvas with a blistering left hook to the body. Through the championship rounds it was all Barthelemy who finished strong against the game but outgunned Relikh.

Said the victorious Barthelemy, “It feels great to be going forward. The 11-month layoff really took a toll on my body and I felt it in the ring.

“I knew it was a close fight but knew I should get a unanimous decision.

“Relikh was a hard hitter. He surprised me with a right hook in the 5th round and I hit the canvas, so I knew I had to be careful going forward. I knew I had lost that round and had to come back stronger.

“I took the sixth round to take a breather and then I came back to work the body. Once I knocked him down, I saw that he was hurt and protecting himself upstairs a lot more so I knew I was going to have to be more strategic to come out victorious.”

“The two low blows definitely affected me. It takes the wind out of you. This is boxing not MMA.”

Hot super bantamweight prospect Gary Antonio Russell improved to 8-0 with six knockouts with a dominating performance and knockout stoppage of Puerto Rico’s Jovany Fuentes, (7-9, 6 KOs). Following knockdowns in the second and third stanzas, the bout was called to a halt at 0:22 of round three.

Making his pro debut, super lightweight Gary Antuanne Russell, (1-0 1 KO) wasted no time dropping Joshua Ross, (2-4-4) of Monroe, LA to the canvas three times enroute to a stoppage victory at the 2:25 mark of the initial stanza.