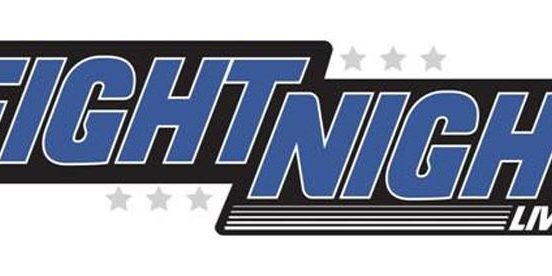 The reviews are in, and the numbers are in, and the decision is unanimous: the debut of FIGHTNIGHT LIVE, on Facebook Live Thursday evening from Mohegan Sun in Connecticut, was a KO victory.

Watchers of the stream, which drew 37,000-plus “uniques” on fight night, and continues to draw clicks, enjoyed a Star Boxing main event topped by a junior middleweight scrap between vet Delvin Rodriguez and up ‘n comer Courtney Pennington.

More numbers: Almost 3,000 comments were shared by watchers during the four plus hour show, which provided incredible value for fans of the sweet science. Fans said things like, “This is the future of the sport, live FREE streaming.” “This stream is giving expose to young guns that would not ordinarily get it on broadcast TV!” “After tonight’s streaming many will talk about it and many more will watch if there’s a next time, this is the bomb!”

“I was inundated with complimentary texts, emails and calls almost as soon as the stream started, and it was a lot of fun watching the numbers swell from 27 views at the start of the broadcast to 40,000-plus by now,” said Mark Fratto, Principal of Linacre Media. “Like many others, we believe that the present and future of ‘televised’ boxing, MMA, Muay Thai and really all live sports is digital. Further, by putting these events on Facebook we’re providing an interactive environment for fight fans to not only view the events, but to connect with each other and provide their own real-time commentary during the bouts. We believe in high-quality, cost-efficient production that can give fans free access to hundreds of global, national and regional live fight nights without breaking the bank of the promoter and also without sacrificing what sports fans have come to expect from their viewing experience – multiple camera angles, graphics, replays and behind-the-scenes access and interviews. We don’t want traditional fans, digital customers and cord-cutters to be relegated to trying to watch other spectators’ live feeds off their cell phones.”

Promoter Joe DeGuardia went on air during the main event. He was visibly impressed and shared his enthusiasm while watching Pennington spring the upset.

“This has been incredible,” DeGuardia said. “It is great that fans will now be able to see more fights on a platform with massive reach. This is good for everyone and a perfect way for fighters to expand their fan base. I am pleased to be involved.”

Said boxing fan-favorite Ray Flores, who sat in the blow-by-blow chair, “It was an honor to be a part of FIGHTNIGHT LIVE and work with such talented individuals. I’m extremely excited about what the future has in store for the series. More than anything, thank you to all the fight fans who tuned, shared it, and commented. Fan interaction and world class fights is the basis for FIGHTNIGHT LIVE. I cannot wait for the next show!”

“We want to have something of a distinct identity,” said analyst Michael Woods, who publishes NYFights.com and does the TALBOX podcast for Everlast. “We want watchers to be able to interact with us, be part of the show, have a voice. We also want to have fun, keep it loose at times, as well. We will be incorporating that interactivity even more going forward. This series aims to be and I think is well on its way to establishing a paradigm in the space.”

“We firmly believe this new series is beneficial to all parties involved. More exposure for the sport and for the fighters,” said Fratto, whose production services company does 200 live events each year. “This production model is designed to be lean and cost-effective. And that enables us to cover more events, and with Facebook, we know we are being seen world wide and on a platform with a great deal of potential.”

Future FIGHTNIGHT LIVE dates will be announced in the coming weeks.